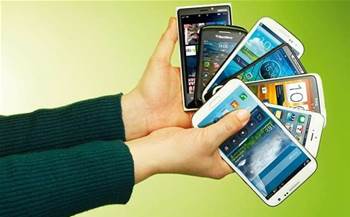 Will ask for new powers to break Google's search dominance.

Google may be compelled to offer a browser choice screen to all new and existing Android devices in Australia in the coming years under a proposal by the Australian Competition and Consumer Commission (ACCC).

The ACCC on Thursday offered "advice to government" that it should be afforded a range of powers that would result in a choice screen being displayed in the first instance, and potentially further actions aimed at breaking Google’s dominant grip on search.

In an interim report [pdf], the ACCC said Google had cornered 94 percent of the search market in Australia, courtesy of the Android ecosystem as well as a paid deal with Apple to be the default search option in Safari.

Most consumers stuck with whatever the default browser option on their device is, and some did not know how to change from the default.

The ACCC said it was concerned at the size of the contestable market left for other browser makers, and indicated it intended to help put other browser options in front of users.

“As a first step, the ACCC recommends that it is given the power to mandate, develop and implement a mandatory choice screen to improve competition and consumer choice in the supply of search engine services in Australia,” it said.

The commission said that if it were given the requisite powers, it would pursue a choice screen in consultation with a variety of stakeholders.

This approach would be taken in part to ensure an effective implementation that took into account international experiences of browser choice screens such as in Europe, a model the ACCC suggested had “many deficiencies” that could inform its own thinking.

The ACCC said it would not stop at a choice screen, and would consider deeper action in the search and browser space, again depending on whether it is able to secure appropriate powers to do so.

“Given the absence of any significant competition in the supply of search services, it is recommended that the ACCC is also given powers to consider other measures beyond mandatory choice screens to improve competition and consumer choice in search,” it said.

“The primary purpose of these measures would be to facilitate competition in search by lowering barriers to entry and expansion, and creating conditions in which rival search engines can emerge and effectively compete.

“They should be developed and implemented in a way that is proportionate and targeted to addressing consumer harm.

“The powers must also be flexible and capable of adapting to a dynamic and complex digital environment, and allow Australia to align its regulatory solutions with those being developed internationally.”

The ACCC indicated that it could seek to restrict a provider, "which meets pre-defined criteria, from tying or bundling search services with other goods or services."

Action is, however, some way off, with the ACCC saying that it would consider a framework for the new powers as part of a report due to be handed to Treasury at the end of September 2022.