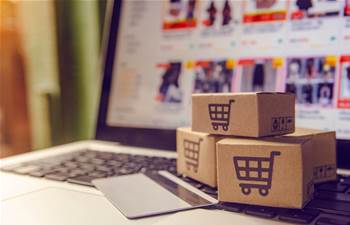 Concerns around how products are ranked and displayed.

The Australian Competition and Consumer Commission (ACCC) is concerned that online retailers like Amazon, Catch, eBay and Kogan can abuse their algorithms to hurt competition.

The ACCC it looking into algorithm usage by digital retailers to favour their own products over third-party offerings. It has also expressed concerns around consumer data collection and usage, and inadequate dispute resolution processes.

In its report, the ACCC said it “has found examples where it was not clear to consumers on online marketplaces why particular products are being shown to them in prominent positions in search results or highlighted in other ways”.

“This is a particular concern in the case of hybrid marketplaces, where the online marketplace sells both third-party products and its own products,” it said [pdf]

ACCC chair Gina Cass-Gottlieb said “online marketplaces need to be more transparent with consumers and sellers” about how they operate.

“For example, they should explain to consumers and sellers why their search functions and other tools promote some products over others,” Cass-Gottlieb said.

“We are particularly concerned about so-called hybrid marketplaces, which sell their own products in competition with third-party sellers that use their platform.”

Cass-Gottlieb said hybrid marketplaces “face conflicts of interest” and could act in a way that negatively impacts third-party sellers and consumers.

While there is no one dominant online marketplace in Australia at present, the ACCC said if this changes, it could lead to significant concerns about anti-competitive behaviour.

The ACCC also noted Amazon's sales in Australia remains “significantly below” the likes of eBay and other online retailers such as Big W, David Jones, Kmart, Myer or Target.