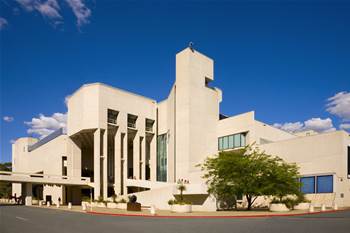 For a National Gallery upgrade project.

A Delta Building Automation spokesperson declined to comment when contacted by iTnews.

Davis is alleged to have attempted an arrangement with an undisclosed competitor to rig pricing at a meeting in December 2019.

“The ACCC alleges that at the meeting, Mr Davis attempted to fix the price of bids to be submitted by Delta and its competitor in response to the NGA’s BMS tender or to ensure that Delta was more likely to be successful in winning the tender,” the watchdog said.

While the proposed arrangement is purported to have been rejected by the competitor, ACCC chair Rod Sims said the alleged cartel behaviour against the government agency was “of particular concern as it had the potential to impact the cost to taxpayers”.

“It is illegal for any corporation to make or attempt to make cartel arrangements with its competitors," Sims said.

"Cartel arrangements usually drive up prices to the detriment of consumers or other businesses and organisations, and are strictly prohibited.”

The ACCC is seeking declarations, pecuniary penalties, injunctions and costs through the Federal Court, as well as an order disqualifying Davis from managing a company and to undergo compliance training.