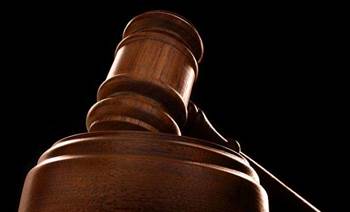 The Australian Consumer and Competition Commission has walked away from the Federal Court with another shiner after its case alleging misleading and deceptive conduct against mobile provider TPG's prepaid fee slugs was dismissed with costs.

The regulatory watchdog had brought the case against TPG on the basis that it was essentially tricking consumers into paying a $20 prepayment that effectively acted as a deposit against excess fees incurred on prepaid plans that could not be refunded and would ultimately be forfeited.

However, TPG successfully contested that it had told consumers in its terms and conditions that the money would not come back, arguing that the term “prepayment” was not mutually exclusive of ultimate forfeiture, disputing the ACCC’s interpretation.

The dismissal of the ACCC’s case is a significant loss for the regulator which has been pushing hard for the telco sector to cease its various duplicitous marketing practices, especially loading-up consumers with hidden fees only disclosed deep in contractual fine print.

Justice David O'Callaghan did not buy the ACCC’s argument that by couching the slug as a prepayment it inferred that the money could be used on services or refunded to the consumer, noting that TPG's terms and conditions spelled this out if consumers read them.

“As Mr Walker [TPG’s counsel] put it, and I agree, “the notion that there is some violent or radical contradiction between the word ‘prepayment’ and the real likelihood of some or all of the $20 being forfeited eventually is not real, and barely apparent…prepayments and compulsory cost [are] … not mutually exclusive… ‘If you want to make an agreement with me, you must make this payment’. It is a pre-payment in [that] sense … It’s also something you must do in order to obtain the services. These are not mutually exclusive categories and nothing is misleading, in different aspects of the stipulated terms, focusing on those different aspects of the same required payment”,” Justice David O'Callaghan wrote in his judgement.

Justice O'Callaghan also gave some credence to TPG’s argument that the $20 non-refundable buffer was a legitimate financial impost due to the propensity of some consumers to walk away from smaller debts that were more expensive to collect than write off.

“The extent of the impact of effectively irrecoverable bad debts is considerable. As Mr Churchill-Bateman said, the total of TPG’s customer unrecovered usage charges for May 2013 to May 2019, for both mobile and fixed line services, greater than the total of the customers’ prepayment balance, was $9.544m,” Justice O'Callaghan wrote.

“The ACCC submitted that the fact that TPG’s bad debts were not recovered was a product of its own choice, but that is, with respect, an unrealistic response, because even assuming that a judgement debt of (say) $150, which was one example in the evidence, could be recovered in one jurisdiction or another, the associated legal and other costs would make the exercise counter-productive.”

What the judgement did not address, however, is the paradox of why prepaid phone credit is routinely more expensive than postpaid  or billed plans, or indeed the insidious practice of inertial billing where telcos continue to charge for services after they should have lapsed.

In the meantime, the ACCC is continuing to pursue its case against debt collector Panthera for unconscionable conduct, accusing it of shaking down identity fraud victims and people mistakenly or fraudulently billed by harassing them and holding their credit rating to ransom.