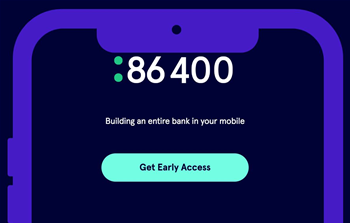 NAB first announced its intention to acquire 86 400 back in January for $220 million with plans to combine it with its own digital-first UBank.

However, he said 86 400's products could be replicated and were readily available at many other business.

After consulting industry leaders and organisations, the ACCC found little concerns with the purchase.

“Supporting our decision is that we have seen several banks and non-bank lenders outside the big four invest heavily in their technology and service offering to improve user experience,” Sims said.

“Whilst in this instance we found that the removal of 86 400 is unlikely to substantially lessen competition in the market, we will continue to closely scrutinise proposed acquisitions of emerging competitors, particularly by major banks.”

86 400 CEO Robert Bell told iTnews the neobank is “really pleased with the outcome of the ACCC inquiry announced today.”

“We are confident that bringing 86 400 and UBank together will raise the bar for banking in Australia," Bell said.

“While there are still many steps to work through, the intention is to keep the UBank name but retain much of the look and feel of the 86 400 brand and deliver an exceptional customer experience by leveraging 86 400’s proprietary technology."

NAB’s own plans to fast-track UBank’s growth through the acquisition of 86 400 remain unchanged.

“We are pleased with the ACCC’s decision and look forward to our continued engagement with regulators as we progress towards completion of the transaction,” Watson added.

Finalisation is expected by mid-2021 pending further regulatory approvals plus approval of the scheme by the Federal Court.

86 400 and UBank will continue to operate as separate businesses until the transaction is finalised.