ACCAN adds to calls for ISPs to secure networks 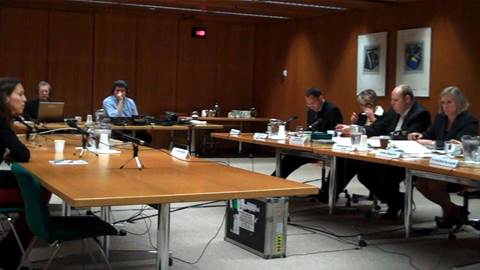 Further calls for ISPs to police the internet.

The chief executive of a newly formed telecommunications consumer advocacy group has asked that the Government force internet service providers to offer content filtering and other security services to users.

Asher said businesses and government has been in a "huge rush to push consumers online" to save on operating costs, without making the necessary checks around security nor acknowledging that many in the community approach the cyber world with "trepidation and fear."

He lambasted Telstra for "inflicting a penalty" on paying bills on any medium but the internet, while simultaenously providing inadequate protection for online users.

"Some people find some trauma in what the industry and media are putting forward as the norm," he said.

"They should include pre-loaded firewall software, schemes that will test web sites people are connecting to [in order] to determine if they are fraudulent, the capacity to block pop-ups, and various filtering options as well," he said.

These smarts should be "standard features preloaded on computer software" or "made available by ISPs," he said.

Asher said he was meeting with many consumers that were buying their own filtering software.

"It is entirely appropriate for consumers to take responsibility for their own actions when they can," he said. "But we also recognise there are some serious gaps - you can't say to a consumer they are responsible for wearing seatbelts if they are not fitted. The seatbelt should come pre-loaded.

"I am very resistant to efforts by suppliers to shift responsibility to consumers."

The ISP community was later defended by UNSW Cyberlaw and Policy Centre academic Alana Maurushat, who said the IIA's proposed new code of practice was "one of the best initiatives the internet industry had ever taken" on a global level.

"The number one tool to tackle is a botnet," she said. "Botnets need compromised computers. Under the proposed code of practice, where a machine connected to a network is compromised, the ISP notifies the user and provides education on cleaning it up.

"Australia will be leading many other nations with this ISP code of practice," she said.