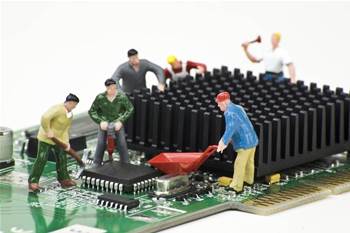 Promotion for border IT exec.

The Australian Bureau of Statistics has enticed the Immigration department's chief information officer Randall Brugeaud into a deputy statistician role heading up its $250 million transformation drive.

iTnews revealed this morning that Brugeaud would exit his current position after two years in the role. At the time the department would not detail his next moves.

It has since confirmed that Brugeaud will move to the ABS in what constitutes a promotion for the long-time government IT executive.

"We thank Randall for his significant contribution to the department and congratulate him on his promotion," an Immigration spokesperson said.

He takes over from Trevor Sutton - who is retiring - as deputy statistician in charge of the ABS' transformation group, which is tasked with delivering on a $250 million, five-year program of work to upgrade the agency's creaking systems.

The ABS was given the funding in the 2015 federal budget following pleas for cash to address its old and unstable IT environment.

The money will facilitate an "efficient enterprise-wide approach" to the more than 500 systems the agency currently maintains, some of which are over 30 years old.

The agency has characterised one in three of its ICT applications as unreliable, experiencing daily or weekly issues. A further one in six are out of vendor support. A 2014 assessment had found the ABS IT environment "highly vulnerable to failure and error".

The transformation program will see new mobile apps and online portals for access to ABS data built, alongside a "trusted whole of government data integration capability for policy research, analysis and program evaluation".

Prior to the funding win the ABS already had a laundry list of technology initiatives it wanted to achieve by next year.

Last year it hired CSC to bring in an army of IT professionals to address skills gaps in its internal workforce for the transformation program.

Brugeaud will work alongside Steve Hamilton, a former tax office IT executive who was appointed as the ABS' new CIO in May following the February departure of long-serving IT chief Patrick Hadley.

The Immigration department is advertising for Brugeaud's replacement.