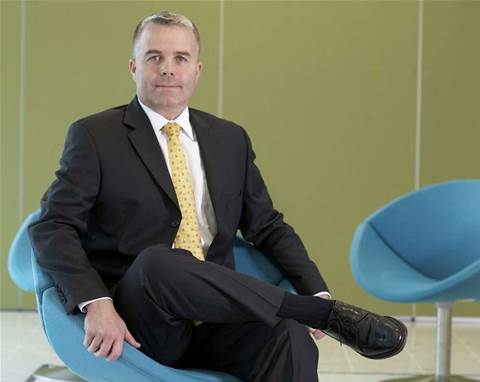 AAPT plans to launch its own commercial cache service as part of its push into providing Software as a Service (SaaS), according to AAPT CIO David Yuile.

Yuile told iTnews the carrier's existing experiments with the use of cache services has saved the company 25 per cent of its consumer traffic costs and is largely the secret sauce behind AAPT's groundbreaking unlimited download plans.

AAPT has existing relationships with Akamai, Limelight and Edgecast, whose caching servers sit resident in the AAPT network.

These commercial cache services charge the producers of content to provide a faster download for users on various networks around the world.

"The traditional method of the international players is to build a point of presence in every telco, and sign some commercial deals with the world's biggest providers of content to distribute it locally," Yuile told iTnews. "When an Australian downloads a video on YouTube, it travels thousands of kilometres to reach us. But with caching, the content is already mirrored locally, and the performance to you as a customer is far better.

"When Microsoft release all their security fixes get on a Tuesday, there is a huge spike in traffic - so we take the first one down to the caching server, and then serve it from there for every download afterwards. The patches literally come down like a rocket."

Caching is important, Yuile said, because "people expect the internet to be instant."

The carrier, meanwhile, saves money and congestion on its network by avoiding international tariffs.

Yuile said AAPT is in the very early stages of renting out space on its own content delivery network for smaller customers.

"Think of your car company with flash-based web sites, they can't have that video content stuttering and starting," he said. "As content gets richer and richer there will be much more demand for this."

AAPT will benefit because when local companies store content on the AAPT network to make it more available, they inevitably end up buying more bandwidth with the carrier, Yuile said.

"We know this will grow like crazy," he said.

Unlimited plans to be extended

As previously reported on iTnews, AAPT also plans to extend its unlimited broadband plans - and Yuile sees a homegrown cache service as key to its success.

"The unlimited product has been an amazing success," he said.

Yuile insisted that the unlimited broadband plans have not placed any stress on the AAPT network.

"With the capacity on our network, we can eat this up," he said. "It doesn't have a big impact, and caching has a massive reduction in the load on the network - it saves us 25 per cent of the costs associated with carrying consumer traffic."

It also helped, he said, that AAPT owner Telecom New Zealand owns half of the Southern Cross Cable.

Yuile said AAPT will be "rolling out a better version" of the unlimited plans "sooner rather than later."

When asked how the service could be improved, Yuile said to expect a more generous window of opportunity for free downloads.

"Look to how long it lasts - I'd like for it to last longer," he said.