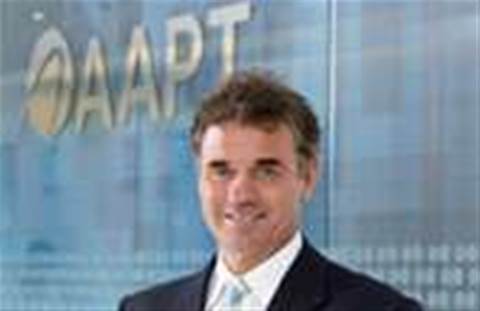 Consumer division hived off for $60m.

AAPT chief executive Paul Broad has told staff of the company's consumer telecommunications business that they are soon to join iiNet.

UPDATE 12pm: iiNet has confirmed it would buy the consumer division of AAPT for about $60 million after coming out of a trading halt just before midday. See iTnews' full coverage.

The acquisition will see iiNet take on an additional 113,000 broadband subscribers and over 251,000 users of "other active services".

The Perth-based ISP announced the buy whilst in a trading halt and preparing for a second showdown against representatives of the film industry on Monday.

The acquisition will make iiNet the clear number two behind Telstra for DSL customers.

The ISP only had $6.9 million cash at hand at the end of December 2009, but was reporting half-year revenues of $228 million.