A CIO, in name only 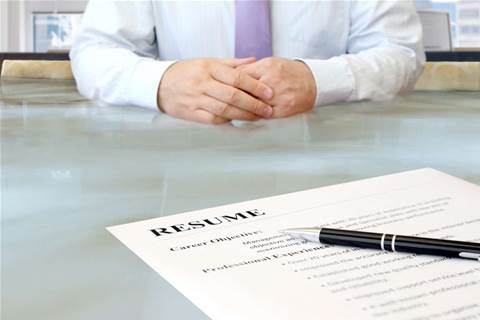 How clinging to the CIO title could lose you a better job.

CIOs of smaller enterprises have been warned that they may struggle to find new jobs and could potentially lose out on better opportunities by clinging on to their former job title.

According to several of Australia’s technology recruiters, smaller businesses are today more likely to crown what is essentially an IT manager role as a CIO, and in doing so hinder the employee from finding future employment.

A desire to cling to the prestige of the CIO title means such IT professionals are limiting their scope and, combined with a market which is yet to recover from the global financial crisis, forcing the former CIO into lengthy unemployment.

Andrew Cross, managing director for technology at recruiter Ambition told iTnews the issue came to prominence over the last year and a half.

“We’ve seen a number of senior IT managers in the last 12 to 18 months not be able to create or identify a position elsewhere, because they’ve become too pigeonholed by the industry sector or role creation over time,” Cross said.

“Good CIOs typically spend five to seven years in a organisation and the role morphs around them. To step out and mirror that elsewhere has become a challenge.

“A true CIO shouldn’t be susceptible to a weak economy,” he said. “The challenge for someone called a CIO in a business that has 20 IT people is not comparable to the CIO of Telstra or ANZ.

“But we see people coming across our desks with resumes saying they are the CIO of a business, and when you explore, they’re not, they’re an IT manager. And even within that function there’s a broad range of responsibilities and roles between small and large businesses.”

People are less concerned about job security than they might have been in 2008-2010, he said, resulting in an influx of applications - for not very many jobs.

“The large enterprises have downsized, and have downsized some of their IT department, and therefore some of the heavy-hitting CIOs are on the market. So now instead of 100 applications [for a role] you’ll get 200.”

SMEs would be happy to hire a genuine CIO, Sakellaris said, but require a technology leader prepared to be "hands on" rather than a business leader that manages large teams and complex projects.

Smaller organisations are thus more likely to hire or internally appoint junior IT managers, later promoting them into CIO positions and inflating the position to a title not necessarily appropriate.

Alfonso Tiscareno, associate director of IT and commerce for recruiter Robert Walters, said it was career limiting to be a CIO in name only.

When the younger CIO wishes to move on, they can't find a CIO role in large enterprise (due to being under-qualified) nor with an SME, he said. An SME will assume that a former CIO is "going to be too expensive to hire", so they continue the cycle by "hiring an IT manager to promote later.”

Sakellaris expects the economy to improve and for more companies to invest in technology and beef up IT teams in turn.

Opportunity abounds for CIOs at smaller organisations to ditch the percieved importance of the title and work out what their specialisation is to gain an equivalent, and potentially better, job in a larger organisation.

“They may have been a CIO of a $100 million business with 12 direct reports, but they could become the IT manager of a $500 million division with 20-30 direct reports, managing a much bigger IT budget,” he said.

“They have to put their pride aside for a minute, and work out they’re going to gain a lot more skills, and be part of a bigger enterprise, rather than trying to hang on to the CIO title.”

Ambition’s Cross agreed the most effective way for ex-CIOs to gain employment was to clarify clearly what they actually did in their previous role.

“People often use job titles as a status symbol rather than a description of function. If you want to call yourself a CIO, that’s great, but if that’s then going to limit you because the potential hiring manager thinks ‘this person is too senior and too expensive for us’ and glosses over your resume. That’s not going to do you any favours.

“There’s no need to change the title of your position, but you have to be clear and articulate what your roles and responsibilities in that position actually were.”