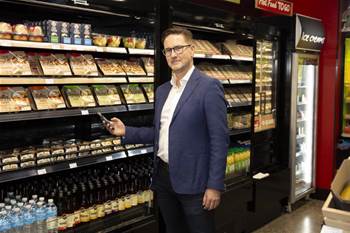 Sets franchisees up with Power BI.

7-Eleven Stores Australia has re-platformed its SAP environment onto Azure as part of an ongoing digital transformation project.

The convenience store operator said today that it is working with Microsoft to upgrade backend IT and data systems.

iTnews revealed in late September that 7-Eleven is also laying foundations for an e-commerce play using a mostly Adobe stack - works that fall under the same broader transformation effort.

“The convenience customer now, but even more so by 2030, expects brands to provide digital channels which complement the physical retail experience,” Eyears said in a statement.

“Our technology ambition is all about making our customers’ lives easier by providing products and services when, where and how they want them.”

7-Eleven has spoken to some of its Azure work through the back half of this year, albeit in closed industry forums.

However, a heavily-edited video published last month showed for the first time the extent of an SAP migration project.

The retailer said it had worked closely with Microsoft and SoftwareONE on the migration effort, which occurred in 2019.

“We have a very long history with SAP - we’ve had SAP in 7-Eleven for over 20 years,” chief information officer Andrew Coffey said.

“The actual migration [project] itself was staged over about seven months.

“It was a no brainer around cost reduction; it gave us a great deal more flexibility around our cost profile, being able to increase assets and decrease them in a way that made sense for us so that we weren’t beholden to ordering tin to put into a data centre to expand; and having that capex vs opex delivery model was actually pretty compelling.

“Security was certainly a significant factor around the move. By moving from our physical data centres into the Azure portfolio gave us the ability to implement some security configurations that really improved our profiles significantly in that simple jump.”

In a slide deck, 7-Eleven said the actual migration took 36 hours, including a 24-hour window of planned downtime. 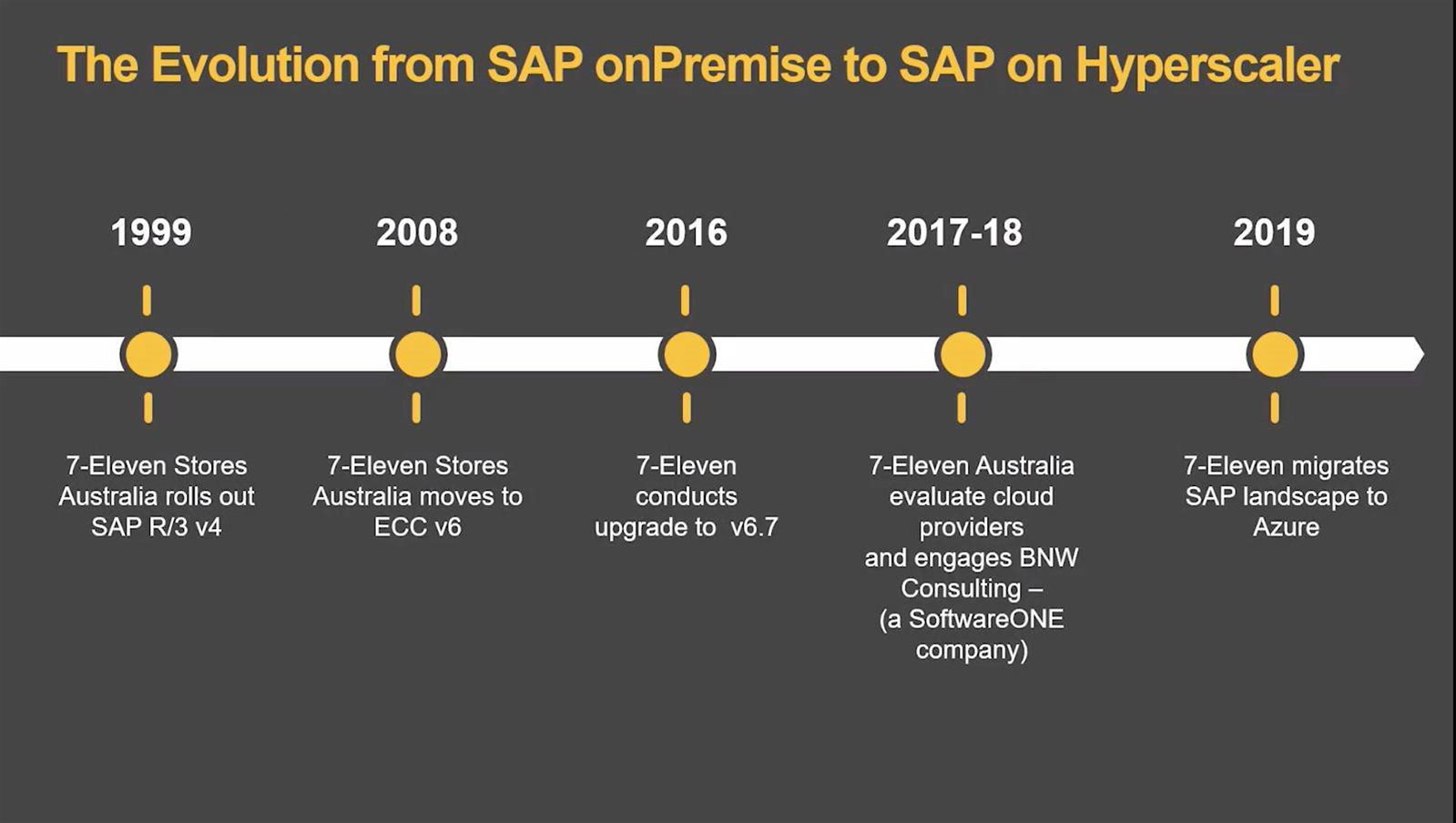 There were eight “in-scope applications” - likely a reference to the SAP modules the company runs - and about 8TB of data in total was moved across to SAP on Azure.

Coffey said that running in Azure more broadly had helped establish IT’s credentials as “an enabler for the business”.

“It has certainly built our profile in the business around supporting business initiatives rather than being a standard service provider to the business,” he said.

These growth opportunities are also alluded to in a statement made by 7-Eleven on Tuesday on its ongoing transformation efforts.

“We’ll also be able to spin up trials and capture new opportunities much more quickly and deliver personalised value for customers while reducing the impact these innovations can sometimes have on our store teams,” Eyears said.

Coffey added that Azure had also afforded the company “an enormous amount of flexibility and power in being able to support the business” during the pandemic.

In addition to Azure, 7-Eleven is also making use of Microsoft’s Power BI stack.

Worrall said that 7-Eleven franchisees would use Power BI dashboards to understand how their businesses are performing, “right down to store level and where there are opportunities for improvement.”

Eyears said the transformation is aimed at setting 7-Eleven Australia up for the next decade of operations.