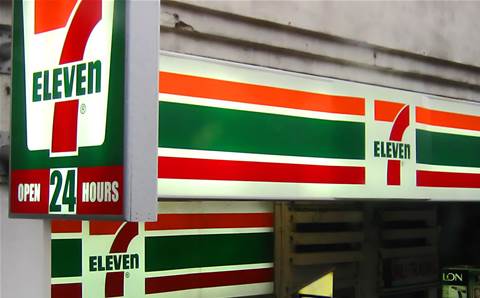 Stands up platform and squad to deal in customer data insights.

The team's existence is intended to drive a more strategic view and focus around customer personalisation and strategies on how to expand the capability across the convenience business.

Head of digital innovation Paul Wallace told the Digital Virtualocity conference yesterday that the company had set up a personalisation program to tailor online and mobile experiences.

Personalisation is underpinned by the use of a customer data platform built by Tealium.

Wallace said 7-Eleven Australia has a “north star” - or ambitious goal - to be generating 28 percent of all transactions via its burgeoning digital channels by 2030.

“The big thing for me is definitely that 'north star', because it has been constant throughout our whole journey and it really gives the view of where we're heading but allows the team to change and adapt as we've learn," Wallace said.

However, the personalisation program touches both physical and digital operations.

It was started to create a custom 'feel' both instore and through the digital journey “each and every time [a customer] visited a 7-Eleven store.”

This was especially vital given the average customer "only spends around about two minutes in-store,” according to Wallace.

Whilst still in its early days ,the team is “focused on new feature development and new experiences," he said.

“We've stood up a squad that we're calling enhanced loyalty within our insights centre of excellence.

“Now that they're focusing on optimising and driving benefits in the customer experience, it's a pretty broad remit, because we've got people in there that are looking at the product, the technical [side], the campaign insights, and even operational [aspects].

“They're probably not getting quite down in the level of detail, because that remit’s quite broad so we're still working through that.”

Wallace raised the possibility of some of the workload being shared by a second squad in future, though noted it is "still up in the air" whether or not that will occur.

ForgeRock for Australia’s Trusted Digital Identity Framework (TDIF)
By Kate Weber
May 13 2021
6:49AM