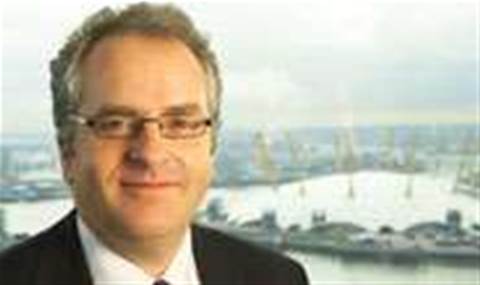 In his first interview since his appointment, London 2012 CIO Gerry Pennell tells Computing how his past experience and an emphasis on proven technology will help to ensure a trouble-free Games.

If you are a sports fan, there can be few better jobs in UK IT than chief information officer (CIO) for the London 2012 Olympic Games.

And even if you are not into sport, there is the challenge faced by Gerry Pennell in running against the clock to ensure the technology to stage the event is tested and ready to go in three years’ time.

The London Organising Committee of the Olympic Games (Locog) has already devised its technology plan and is now working on the design of the Games’ IT architecture alongside infrastructure and integration partner Atos Origin.

Locog cannot use any of the Olympic funding for its own running costs, so Pennell will need to draw on his experience ­ – as technology director for the 2002 Manchester Commonwealth Games and most recently as CIO of Co-operative Financial Services – ­ to ensure projects are delivered on time and as economically as possible.

“Getting all these different organisations and people from different backgrounds to operate as one team is my main challenge. We need to pull it all together in an integrated fashion and to a fixed timeline because if we don’t, we will have a problem,” Pennell told Computing in his first interview since taking the job in November last year.

“The main thing I bring to the table is a good understanding of what the requirements are in this environment, and that reinforces the sheer criticality of getting the whole team to be effective,” he said.

“My Commonwealth Games experience is very helpful in terms of getting me up to speed a lot quicker. However, the situation here is quite different to what I experienced in Manchester. There, we didn’t have Atos Origin and I did most of it myself.”

Alongside Michelle Hyron, Atos Origin’s chief integrator for the 2012 Games, Pennell has already made key decisions to enable a sustainable and cost-effective event.

These include using virtualisation to reduce the amount of servers, recycling of elements of IT systems developed for previous Olympic Games and use of remote information feeds to reduce the need for travel by journalists covering the event.

Mobile computing will also play an important role in the Games’ engagement with young audiences through information streaming.

But risk management is at the core of the IT implementation, so Pennell will maintain a conservative approach and favour proven technology, which will be customised for the Games’ purposes.

“There are some fundamentals to every Olympic Games and the core of what we will be doing here is consistent with the technology of previous events and that means providing the timing, scoring and results services that enable the sportspeople and broadcasters to do their job and the public to have a great experience,” said Pennell.

“So where we decide to introduce new technologies, it will be when we are certain that we can implement them and not threaten the running of the Games ­ – that is the single key driver for use of technology here.”

The same cautious approach applies to innovations such as contactless payments, despite the efforts of banks such as Lloyds TSB to push the idea of making the Games a cash-free environment.

“Contactless is an interesting concept and we have had a few conversations around that, but my suspicion is that it isn’t something we are likely to do,” said Pennell.

“I don’t think that it is because contactless isn’t the way the world is going to go, but the issue would be whether there is enough return on investment in implementing the infrastructure to support that technology for an event that is gone after a few weeks.”

Even though cloud computing could be seen as an alternative to reduce cost, the use of a hosted model is also hard to justify, according to Pennell.

“The real benefit of cloud computing comes from a number of organisations such as banks benefiting from the shared investment in a common infrastructure. With the Olympics though, it’s a one-off, there is no other organisation that would wish to share that investment, and so it is very questionable if the economic case is there,” he said.

“The long-term vision for the International Olympic Committee could be that systems would be centralised and switched on for different cities as the Olympics come and go, but that would require international bandwidth capacity.”

Despite the focus to deliver more for less, Pennell said Locog’s IT budget remains unaffected by the recession.

“Putting on a great Games is something we have to do and we cannot allow the current economic circumstances to deflect us from doing that. The strategy didn’t change at all, because our mission is very clear,” he said.

Volunteer army to swell Olympics IT ranks
Currently, the London Organising Committee of the Olympic Games employs 22 in-house IT staff, who are responsible for setting requirements, planning and commercial aspects such as vendor relationships.

The team is supported by about 40 contractors.

A volunteer programme will be launched in July 2010 and the organisation will be looking to get extra help for three different areas of IT:

First-line support “If, for example, a commentator’s earpiece in one of the venues doesn’t work, waiting for support to deliver spare parts doesn’t cut it in this kind of environment,” said London 2012 CIO Gerry Pennell. “For this position, we will be looking for tech-savvy people to fix the obvious and escalate more serious problems to onsite engineers.”

Data entry “One of our requirements is to provide data on the progress of the Games and have information to be made available in the results systems,” said Pennell. “To do that, we will also need sports experts with strong keyboard skills to be on the
edge of the field recording sports statistics.”

Distribution of printed material “Another very labour-intensive area is the distribution of printed results and scores to VIP and other areas. The most economic way to do it is to photocopy them and run to various drop points around the venues, so we will need a lot of people to be basically running around,” said Pennell.
Got a news tip for our journalists? Share it with us anonymously here.
Copyright © 2010 Computing
Tags:
2012 cio ground hits running the training & development