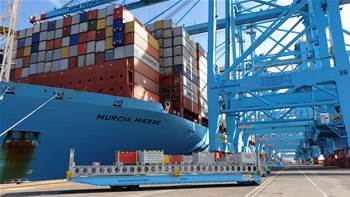 Photo by M Anink on Unsplash

As Kubernetes use grows, cluster management is an increasing challenge.

Digital transformation has accelerated during the pandemic, pushing software development to a previously unthinkable pace. But cloud transformation strategies can stumble due to architectural limitations.

Full stack development has become the standard for overcoming scalability constraints. And cloud-native applications are being built as a large number of microservices, bundled into manageable containers using tools like Docker and administered using Kubernetes.

The idea of bundling applications into containers has been around for decades, but translating it for the cloud era has required the industry to coalesce around a single architecture: Kubernetes. Kubernetes has become widely-used, including by the Commonwealth Bank, Atlassian and Service NSW.

Container technology is expected to explode in coming years. Gartner recently predicted that more than 75 per cent of global organisations will be using containerised applications in production by next year – up from less than 30 per cent a year ago.

By 2024, Gartner forecasts that up to 15 per cent of all enterprise applications will run in this architecture – up from less than 5 per cent last year. Adoption is only limited by the speed at which applications can be redesigned and replaced.

Only scale what you need

So, why has Kubernetes become an essential platform for digital transformation?

Kubernetes monitors the interdependence, availability and performance of each container, using pre-defined policies to spin up additional containers and using pre-defined templates to create new instances of an application’s microservices. This allows cloud-native applications to scale to whatever level is required.

Containers are often bundled around individual business functions, which means that changes can be made quickly and as frequently as business demands. And because microservices can be scaled independently, the applications only consume the resources they need.

This produces a much more efficient, responsive architecture than conventional virtualised server environments, in which each application may require the commissioning of a completely new server and operating system.

When deployed on a public-cloud platform, Kubernetes frees developers from resource constraints. For developers and administrators, this can be a welcome change from the finite server capacity provided by on-premises architectures.

This is a robust solution to the challenge of ensuring that business application architectures are continuously available. That’s vital when digital business processes are the first line of customer engagement, points out Peter Lees, head of solutions & innovation, Asia-Pacific, at SUSE.

It can also improve time to market. “These three relatively old concepts – microservices, containers and agile development methodologies – have come together at a time when time to market is the key thing you have to achieve,” Lees explains.

As Kubernetes usage grows, organisations need to manage the many containers they deploy, as well as a growing number of separate Kubernetes clusters which may be running on-premises or on different public clouds.

Recognising that this would become an increasing challenge, SUSE acquired Rancher Labs last year to help customers innovate everywhere – from core to edge to cloud.

If containers are like cattle and Kubernetes is the cattle dog that keeps them moving together the right way, Lees explains, Rancher is the farmer supervising the pack of cattle dogs.

Lees has seen customers respond positively to a centralised approach to management. That may be because companies have struggled to find the skills to manage the shift to full-stack development on their own.

A scalable microservices architecture will help companies maintain the pace of digital transformation without worrying about the artificial constraints of on-premises systems, or the inefficiency of cloud-based virtualised server environments, Lees says.

It also provides for container portability. Developers can spin up, test and deploy containers on-premises first, then move those containers onto a public cloud-based Kubernetes platform when they are ready to deploy the application for public consumption.

“The open, interoperable design of Kubernetes has made it a commodity, in the same way that Linux has become a commodity,” Lees says. “Differentiation comes from the way that companies like SUSE facilitate flexible container management across critical corporate environments.

“As long as the platform is running a CNCF [Cloud Native Computing Foundation] compliant version of Kubernetes, we can manage it across an entire fleet. You don’t have to worry about the internal infrastructure parts.”

A single management platform allows administrators to manage large numbers of applications and business functions through a single interface.

Lees explains: “You can start applying common security policies and common application catalogues across an entire fleet of Kubernetes clusters, wherever they are running. It’s that next level of management.”