Why IT spending should be transformational, not just transactional 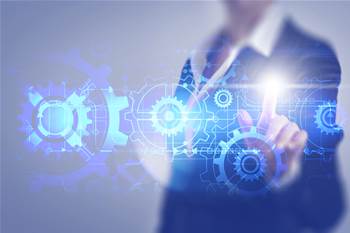 Too many IT projects are still transactional in nature.

As organisations look beyond the pandemic, the appetite for digital and IT transformation is permeating through every industry. Transformation however, is still largely regarded as just a cost-saving reaction by many organisations, which is holding them back.

In the past year, 82 per cent of CIOs implemented new technologies, IT strategies, or methodologies, and 61 per cent of businesses plan on investing further next year, according to IDC’s 2021 State of the CIO report. But not all implementations contribute to long term success.

The intent of those making the investment can mean the difference between successful transformation – where innovation is a continuous learning journey across a company’s entire operation, from people to processes and business goals – and project failure.

Too many IT projects continue to be transactional in nature, with business leaders focussing on reducing technology costs to prove ROI. Often, the decision makers react to changing conditions and make immediate, simple and predictable changes, says Harshu Deshpande, APAC Lead for Slalom Build Australia. The long-term value of this approach is highly suspect because it hinders innovation.

Many organisations still undertake multiple disparate transformation projects led by different C-suite executives, with an accompanying lack of cohesion that endangers the long-term success of these projects, Deshpande adds.

“The IT transformation and modernisation agenda is typically led by the CIO, the transition of people to new ways of working by the CHRO or the COO, and the data transformation by the CDO. Ultimately, the challenge that most organisations face is in uniting these different elements into one holistic, all-of-business transformation.”

The other risk of taking an incohesive approach is ending up with an IT landscape that’s no longer fit-for-purpose and comes with significant technical debt, Deshpande says.

“In the last few years, people have become focused on reducing IT costs over creating an environment for promoting innovation. Organisations have rotated towards standardisation rather than promoting autonomy. The consequence is that innovation is being stifled because they’ve tried to bring everything to a centralised team (or a centre of excellence, if you will) that’s tied to a specific technology stack, which often ends up becoming the bottleneck. If you’re not constantly balancing the standardisation versus autonomy conversation, you’ve erred too much on one side.”

Slalom recommends clients reframe their thinking from the transactional ‘we need to reduce technology costs to prove ROI’ mindset to the transformational. The CIO and other business leaders need to work together to define the problems they want to solve and how their technology investment can be leveraged to transform their organisations’ culture, customer relationships, revenue models and business outcomes.

Slalom has published a whitepaper highlighting five areas of tension between reactive transactional thinking and transformational thinking, and how it affects projects.

The first is the tension between cloud migration and cloud modernisation – companies are starting to acquire high levels of technical debt or there’s substantial additional work because they’ve simply moved applications into the cloud to save costs, rather than architecting an optimal and scalable IT environment.

Secondly, there’s a difference between software engineering and product engineering. Thinking transactionally, a company might rely on its software engineers to lead the full product development, but modern product design requires a far greater skillset and a different team structure that allows for autonomy at the risk of duplication of functions.

Shifting away from a tactical proof of concept (POC) towards an innovative culture that focuses on iteration and evolution is another point of difference between transaction and transformation. For many organisations creating a proof-of-concept is the sole indicator of success, but this is only one step. POCs in isolation don’t change the organisational culture, create lasting market value, or lead to the best business outcomes, states Slalom’s whitepaper.

Deshpande says, “Far too often we see organisations set up a standalone innovation or POC team that’s in charge of experimentation and emerging technologies, but this actually achieves the opposite effect in that it can stifle the appetite for organic innovation in the rest of the organisation.”

Data migration and data modernisation is another transformational tension. Many organisations try to simply ‘lift and shift’ data to the cloud at the same time as with applications, but this is far from an optimal approach. That’s because there are many ways migration can fail if your company has large volumes of data or complex data that needs its own stream of work and thinking.

Finally, there is the human resources challenge. Transactional thinking involves filling individual skills gaps with vendors or temporary hires, whereas transformative thinking means hiring in-house teams with cross-functional skillsets in domains like user experience and data insights, so that organisations have the expertise to own their own future.

Ultimately, according to Deshpande, transformative thinking is about striking the right balance between autonomy and standardisation, and that is the core of where transformation comes from.

“Bringing everything into a single team stifles innovation,” he says. “What we want to do is move the balance towards autonomy, which gives product engineering teams the ability to innovate, test out ideas, and push the envelope much further. The ability to create an environment where you can do that will be the defining characteristic of a successful transformation going forward.”