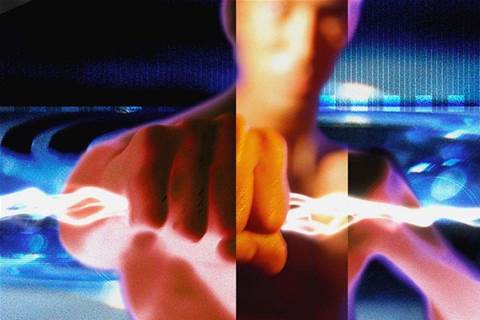 In today’s fast-paced and technologically-driven environment, the need for instant real-time communication is critical for any business to remain up-to-date and competitive.

Typically, businesses need to communicate not only with branch offices, but also with other organisations locally and overseas on a daily basis.

This is particularly true for Australia, which has been dubbed as having a ‘branch office economy.’ There are scores of companies headquartered in Australia which are branches of transactional enterprises based overseas.

In 2004, there were over 38,000 companies which operated in locations in more than one state, according to Australian Bureau of Statistics figures. Analyst firm Nemertes Research also found that the majority of employees now work outside of corporate headquarters.

Branch offices as well as mobile workers are increasingly important to the success and growth of many organisations. Businesses can now make smart decisions about where various operations, resources and employees should reside.

They can be deployed almost anywhere in the world, yet still function as one integrated organisation.

However, this enterprise without “boundaries” also creates a new set of problems for a company’s IT department. The greater the number of distributed offices and remote workers, the more difficult it is to ensure optimal computer application performance and network security for all users.

Unfortunately, as more applications and files become centralised and new media applications such as voice over IP and video increase, there is much more pressure on traditional WAN infrastructure to provide fast and secure connectivity between all users and computer applications.

The irony is that as employees become less centralised, IT resources are becoming more consolidated, as companies look to cut costs and take more control of their computer systems.

However, for end users, centralised applications can cause severe performance problems as all users end up competing to access information via a small number of WAN links.

For example, if someone needs a huge file or wants access to video, network performance slows to a crawl. If everyone is simultaneously competing to have their applications run, everyone suffers and productivity grinds to a halt.
Even small applications, including malware, can take up expensive bandwidth due to incessant chatter across the network, causing a significant breakdown in communications and enterprise systems.

Branch offices and mobile workers are the biggest casualties because they are the furthest away from the corporate WAN.

Moreover, organisations are struggling to handle is the unauthorised use of the certain applications by employees.

Such activities include peer-to-peer file sharing, streaming media or employees accessing online gambling sites, pornographic material or other inappropriate content while at work.

Besides introducing spyware and other viruses to company servers, unauthorised web surfing or Internet applications has also exposed companies to liability as corporate infrastructure is being used for illegal activities such as downloading Hollywood movies or distributing music files.

Solving the distributed application problem usually involves a combined approach of stopping bad or malicious traffic, minimising the impact of non-business critical but acceptable traffic and accelerating business-critical applications using techniques that overcome the effect of latency due to distance and “chatty” application communication.

In the past, businesses have believed that solving WAN problems has been to buy additional bandwidth to cater for the increased demand from end users.

However, this may provide little or no results. At a minimum, latency issues have to be solved. Then, what a business needs to fully address this challenge is a combination of application acceleration and security or policy control.

Today, there is a widespread trend for businesses to turn to what IDC calls ‘WAN Application Delivery’.

These are computer network appliances that promise vastly improved network and application performance without the need to buy additional bandwidth.

According to IT analyst firm IDC, this is a “hot topic” for businesses, with WAN optimisation fast becoming a priority for IT managers.

It is vital to implement a WAN optimisation solution that can discriminate between various applications, otherwise it will end up accelerating spyware, viruses and unauthorised applications or content along with everything else. Such a solution should ideally stop this kind of traffic rather than pass it along or accelerate it.

Applications and content that are acceptable to the organisation but not business-critical need to be prioritised intelligently. This should be done on the basis of who the user is and what privileges they have, rather than through inflexible criteria that unnecessarily hamper the employee or organisation.

For example, certain employees might need access to streaming media from external sites for business purposes. Others may be allowed access only during certain hours or to a certain amount of bandwidth.

Another important part of a WAN optimisation solution is having the ability to mitigate the effect of allowed applications. For instance, if the organisation does not want to restrict an employee’s ability to watch on-demand video from a site such as YouTube.com, it should try to minimise the effect on the organisation’s Internet connection and WAN.

In the past, security and acceleration were once fierce opposites. Organisations had previously sacrificed performance at the gain of having security. Similarly, performance gains have come at the expense of security.

Today it is possible not to have to make such sacrifices. In addition, organisations are finding that branch offices—located well beyond the corporate network –need both security and acceleration.

It seems technology developments are unending, with enterprise video, VoIP and Voice on Demand (VoD) paving the next wave of business communications in the future. At the same time, security threats are becoming vastly more complex due to dynamic content and Web 2.0 technologies.

As businesses move towards using these latency-prone, bandwidth-hungry applications and as enterprises struggle to keep their data secure, the need by branch offices for WAN Application Delivery will only increase.

Got a news tip for our journalists? Share it with us anonymously here.
Copyright © SC Magazine, US edition
Tags:
australias blue coat branch disaster facing network offices security the