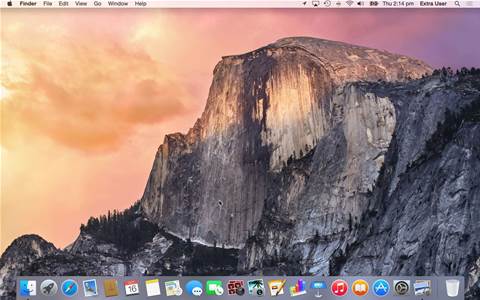 Apple's latest operating system, OS X 10.10 'Yosemite', is about to come to your Mac as a free download.

There have been literally hundreds of changes, both significant and subtle, in the transition from Mavericks to Yosemite.

We've been working with the beta versions since their initial release in June 2014. Now in its third Gold Master candidate, we walk through some of the new OS to see what's changed.

Reflecting Apple design boss Jony Ive's quest for simplicity, the OS X desktop has done an about-face and returned to a flat, two-dimensional dock rather than the 3D shelf that was introduced with OS X 10.5 Leopard.

Many of the default icons for OS X's built-in applications have been given a makeover, in part to reflect some of the functional changes. For example, the FaceTime icon now has a phone integrated to reflect the new capability of OS X to be used for making phone calls via a wi-fi connection to iPhones running iOS 8. 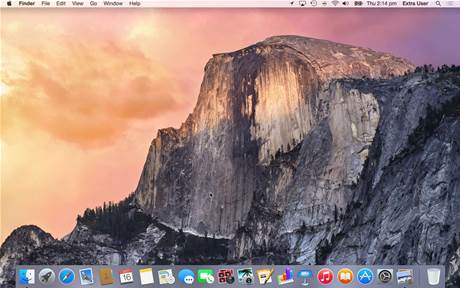 Screen grab of the Yosemite desktop

Add to this a number of other UI changes.

Spotlight, Apple's system wide search tool, no longer appears as a bar in the top right corner. It now appears as a separate window in the centre of the active display. This makes the search results easier to see and access but the window position is fixed and can’t be moved. 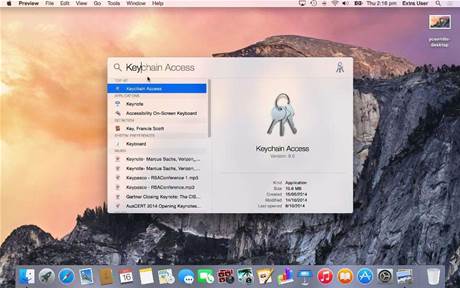 Unlike the notification centre that was introduced in Mavericks, the Yosemite version is a far richer application and probably signals the beginning of the end for dashboard.

You can now add widgets to the notification centre so that you have access to useful information from a number of sources as well as social media. There's also a 'today' view so you can view upcoming appointments and keep track of stock prices, the weather and other external data sources. 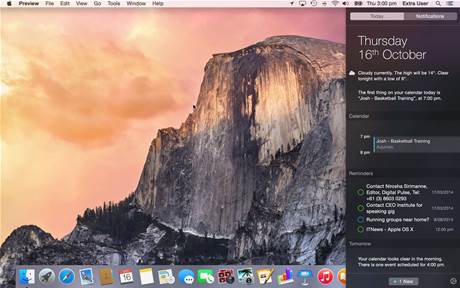 This is perhaps my favourite new feature. When a call comes in on your iPhone, running iOS 8, users can now answer it using their Mac. You will need to have your iPhone and Mac on the same wireless LAN.

You can choose whether to use your Mac's speakers and microphone to receive the call. If you change your mind mid call you can tap on a green bar on the iPhone and keep chatting without any interruption.

You can also initiate calls using the FaceTime application.

The other side of continuity is the ability to start something on one device and continue it on another. For example, you can start a text message on your phone. A second dock opens adjacent to the main one on your Mac so you can continue typing that message on your Mac. This works with several other apps including Mail, Safari and Apple's productivity suite. 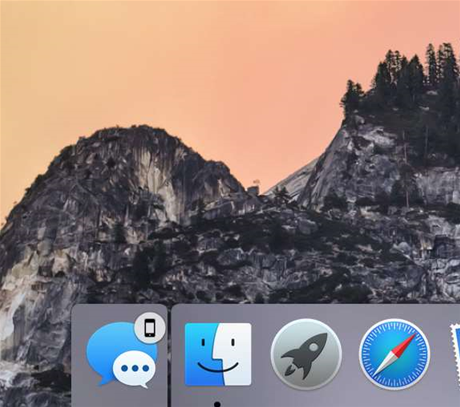 Apple has finally made it to the cloud storage party. After it's partial attempt with iCloud, which was limited to apps built using specific APIs, iCloud Drive is now open for any file from any application.

There are default folders created for several of Apple's applications but you can create your own folders and store your own documents there.

The catch? Space is limited to just 5GB and that needs to be shared with mail, iOS device backups, photos and any other data you're storing as part of your iCloud account. Prices for upgrades start at $1.29 per month for another 20GB. 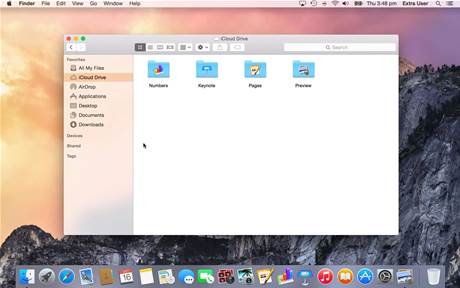 Mobile users are probably already using their iPhones as mobile wi-fi hotspots. Apple has simplified the process. As long as the two devices are on the same iCloud account, you'll be able to link your Mac and iPhone with just one click.

As a bonus, the connection menu, accessed using the wi-fi icon on the OS X menu bar has a battery meter so you can track how much juice you have without having to fish your iPhone out your pocket or bag. 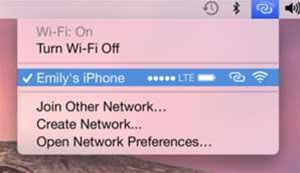 Previous incarnations of AirDrop were really just a tease. Sharing from Mac to Mac using this ad-hoc drag-and-drop system worked well and you could do similar between iOS devices, but there was no easy way to drag and drop a file from your Mac to an iPhone.

AirDrop now allows you to easily transfer files from Yosemite to iOS with a simple drag and drop. Files are automatically launched in their default application once they arrive on the iOS device.

For example, a Pages document, once it arrives on the iOS device, opens immediately in the Pages app. 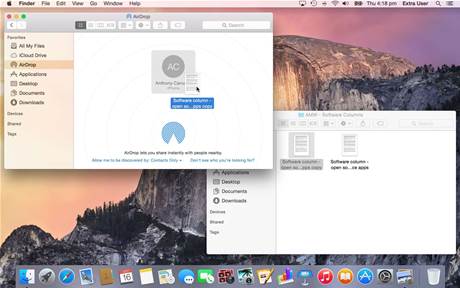 Alongside it's operating system, Apple has also updated its productivity apps: Pages, Numbers and Keynote. Reflecting Jony Ive's touch, these have been flattened out, with 3D icons and other UI elements removed. 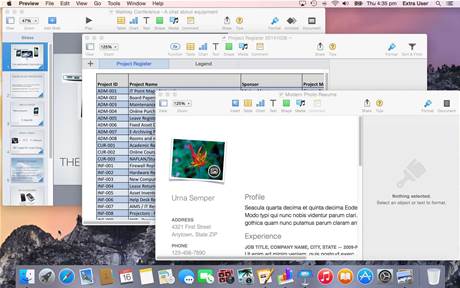 Touted as part of the suite of functions Apple has laced under the 'continuity' banner, SMS relay allows you to use the Messages app to send and receive regular SMS messages as well as iMessage.

The feature disappeared from our test systems but is expected to reappear with iOS 8.1 when it is released.