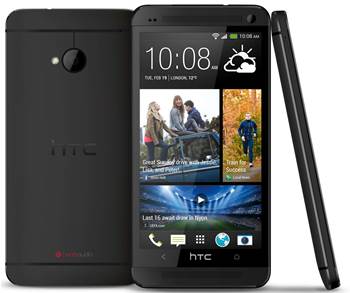 Of all the flagship phones being promoted by Android manufacturers at the moment, the HTC One is the most likely to be alluring to iPhone switchers because of its sleek physical design and speedy user interface. But will it be enough to help it catch Samsung?

When Android was initially introduced to Australia by Google in early 2009 the launch phone was the HTC Dream. The Taiwan based smartphone manufacturer continued to dominate the Australian Android market for some time with further releases such as the HTC Hero and then the HTC Desire, which was Telstra’s first Android smartphone release.

However since then HTC has been in the doldrums, losing market share to Samsung’s Galaxy range of smartphones and other manufacturers. According to IDC in Q1 2013, Samsung was once again the clear leader among all Android smartphone vendors, commanding 41.1 percent market share. Behind it were a long line of manufacturers with single-digit market share, and an even longer list with market share of less than one percent.

An HTC executive told the Wall Street Journal earlier this year that the HTC One had been delayed because of issues with component suppliers caused by the company changing its “order forecasts drastically and frequently following last year's unexpected slump in shipments". The executive said HTC had had difficulty securing adequate camera components as it was no longer a tier-one customer.

Back to the phone itself, the HTC One’s machined aluminium body has more heft, and the matt black finish coupled with a crisp 4.7” LCD screen feels premium compared to glossy plastic body competitors, such as the Samsung Galaxy S4. According to HTC design vice president Scott Croyle, it takes roughly 200 minutes to cut and process the front and rear parts of each phone from an aluminum block.

As a consequence of the aluminium body, the HTC One has a sealed 2300mAh battery that is not user replaceable and lacks a microSD expandable storage option. Onboard storage offers users 32GB of which about 22GB was available after initial setup. As mentioned previously, current iPhone users looking to switch to Android will be attracted by the efforts HTC has taken in physical design and a slick user interface. Since all iPhones have a sealed battery and fixed storage capacity this should not deter iPhone users considering defecting to the HTC One.

A standout feature of the HTC One is its clear, loud front facing stereo speakers, which enable business users to make or answer calls with the speakerphone without having to place their ears close to the phone.

The HTC One’s back camera has polarised reviewers and buyers due to its 4 megapixel sensor coupled with a fast F2.0 aperture optically stablised 28mm lens. HTC explained that instead of using a cameraphone sensor with 8 or 13 million very small pixels it opted to use a 4 million “Ultrapixel” sensor where each pixel was large, thereby enabling the camera to be more light sensitive.

Our testing revealed the Ultrapixel sensor delivers great low light camera performance compared to competing high-end smartphones, however when there was plenty of light available the other smartphones performed similarly and their higher resolution sensors with more megapixels took photos which had more detail and could be cropped without ending up with a tiny picture.

Despite a few caveats when considered as a package the HTC One looks impressive, is fast and easy to use. However the HTC One is unlikely to get even close to selling as many units as the juggernaut Galaxy S4 aided by Samsung’s massive marketing spend. This is bad for the overall ecosystem because Google needs several Android manufacturers to step up and win double digit marketshare, to stop Android equating to Samsung in the minds of consumers.

We tested the HTC One on Telstra’s 4G network. It is available on plans from Telstra, Optus, Virgin Mobile and Vodafone.

Unlikely to catch the Galaxy S4.