Review: HP's ProBook 4310s is a nice all-rounder, but battery life could be better 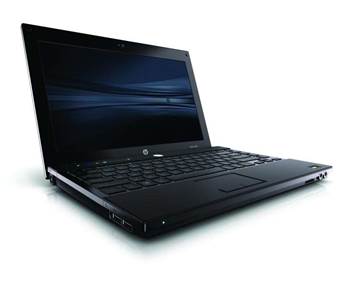 After laying eyes on HP's ProBook 4310s for the first time, you'd be forgiven for thinking you'd travelled back through time to an age when laptops were square and practical, but never particularly pretty.

Despite the fact that there's hardly a curve to be found on its chiselled, retro-styled figure, the ProBook does have an eccentric charm all of its own.

It isn't particularly attractive, with a chunky frame that stands 40mm proud of the desk, but the 13.3in display allows it to cut a compact dash while just tipping over the 2kg mark on the scales.

It's a shame the battery life isn't better, though; with just more than four hours of light use and 1hr 19mins of heavy use, you won't want to stray too far from the mains.

The screen gives away the ProBook's more sensible pretensions, as where consumer models opt for an eye-catching glossy display, the ProBook has a matte panel.

It's a good thing, too, as reflections are kept to a minimum, and despite the slight loss in vibrancy, the HP still made a good fist of our test photos, with accurate colours and only weak contrast counting against it.

The presence of Windows 7 Professional will be welcome for business applications, too. This version adds XP Mode, automatic backup capabilities, and the business-friendly Domain Join features to the standard Home Premium version.

For all its seriousness, though, the ProBook has a lighter side to its personality. There are both VGA and HDMI ports at the side, although the Intel GMA4500 graphics don't even allow a little bit of light gaming. General performance wasn't to be sniffed at however, with the 2.1GHz Core 2 Duo processor earning the HP 1.03 in our benchmarks.

It might not do quite enough to win an award, but we can't help liking the little ProBook 4310s. It's as comfortable hooked up to an HDTV as it is churning through an Excel spreadsheet, and as a sensible, compact, all-round laptop, it has plenty to offer.