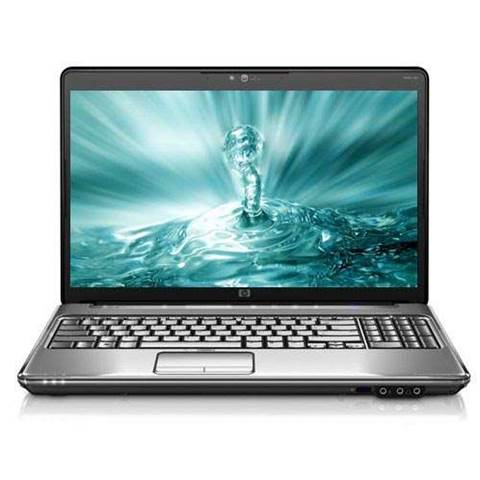 An excellent and keenly priced desktop replacement, as long as you can live with the extrovert design.

At first glance, the HP Pavilion dv6 would appear to be the very antithesis of the tasteful laptop. Boasting flashy looks, a glossy screen and enough chrome-effect highlights to dazzle a footballer's wife, it isn't exactly shy and retiring.

Look at the reasonable asking price, though, and there isn't a great deal to complain about. In fact, it's a rather attractive devil in its own quirky way, and there are plenty of nice touches, such as the glowing HP logo on the lid.

Whatever you think of its looks, build quality is a step above some of Dell's latest models. The base feels strong and sturdy, with only the slightest hint of a creak, and while the lid is a little more flexible, it still feels capable of fending off the odd knock along its travels.

You won't be in a hurry to familiarise it with the great outdoors, though. At 2.84kg, the dv6 is a hefty beast, and with the 4200mAh battery providing just 2hours and 26mins of light use away from the mains, it's a laptop destined to be used at home rather than out on the road.

Start to use it in anger and its qualities soon leap to the fore. The keyboard, for one, is very good. There's a little flex in its base, but the slightly concave keys feel comfortable under the finger, and HP has managed to squeeze in a numeric keypad without compromising the layout.

The 15.6in screen isn't quite as impressive. The 1366 x 768 resolution seems to be becoming the new standard, but it doesn't leave a great deal of space for working with lots of applications at once.

We also noticed a slight green tinge across the panel - a trait that left whites looking a little murky - but thanks to ample brightness and good contrast, it isn't enough to ruin the HP's appeal.

Elsewhere, the dv6 puts in a great performance. The 2.1GHz Intel processor earned 1.36 in our application benchmarks, while the Nvidia graphics easily dispatched Crysis' demands with an average of 94fps in low settings.

It might not score a perfect six overall, but the dv6 is a stylish, well-featured all-rounder. And, when you consider that it costs just $1409, it's decidedly easy to put up with those flash looks.