Review: Acer Aspire Timeline 4810t might be the perfect laptop for business travellers 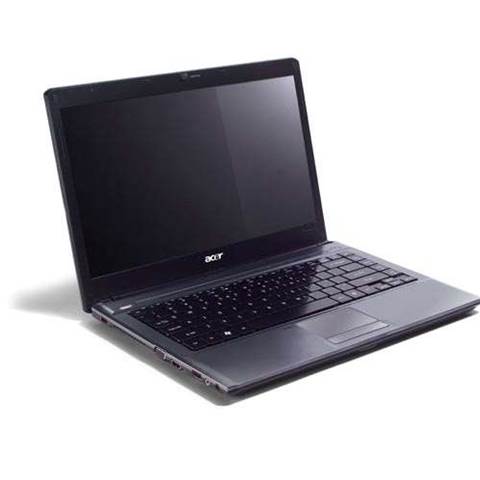 Slick looks and astonishing battery life make this the pick of the bunch for travelers, especially for the business person on the go.

Acer's new slim-look Timeline is attractively clad in sombre grey exterior. It's a little disappointing to find the interior is standard Acer fare.

The screen bezel is dark, matte grey, and the base is an inoffensive gunmetal.
The 14in, 16:9 screen is fine for office work and web browsing and is compatible with 720p HD sources.

The screen itself is reasonable; you won't notice its foibles while looking at photos or watching films, but its limited contrast range will stop particularly bright or dark areas of an image being clear. It's also reflective, so use in a brightly lit office will soon grow tiresome.

The keyboard resembles the Scrabble-tile arrangement of recent Sony and Apple laptops. Rather than being tiles laid flush against the chassis, however, Acer has opted for sprung keys - we had no problem getting up to speed when touch-typing.

The wide channel between each key and under each key is a concern, however - those prone to dropping crumbs will spend a lot of time cleaning their system.

Connectivity is minimal with a few nice touches. The 3.5mm headphone port is S/PDIF-capable, although there's no FireWire.

There's no ExpressCard either, although a 5-in-1 memory card reader is squeezed into the tapered front of the machine. Despite the slim 29mm chassis the 4810t includes a DVD drive, with the eject button at far right hand side above the keyboard.

We're willing to forgive the 4810t its foibles for one reason. In our light use battery test, it ran for the equivalent of a full working day with a short commute on top.

Even our intensive test ran for nearly three and a quarter hours before the battery was exhausted. This kind of battery life is ordinarily the preserve of ultraportables, and is extremely impressive on a mid-range laptop.

Naturally, this comes at the expense of performance, with the Acer returning the lowest score in our roundup this issue. The reason for the slowdown is the low-voltage processor: the Intel Core Solo SU3500 runs at just 1.4GHz. It's cool and quiet as a result.

The Acer may lack the power and polish of a top-end ultraportable, and it's certainly larger and heavier at 1.95kg, but its staggering battery life makes it hard to beat.