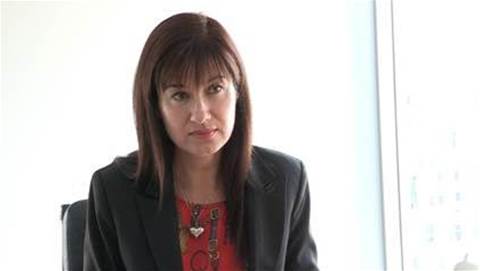 Financial services firm Perpetual has moved all IT services to outsourcer Fujitsu, completing the first phase of a major restructure that kicked off last August.

The company last year agreed to outsource its infrastructure, service desk and application services under a $68 million deal that was expected to cut costs and improve service levels.

About 90 of its 120 IT staff were affected by the move, with about 10 percent of the team taking up roles at Fujitsu.

Perpetual chief information officer Jenny Levy told iTnews this week that the firm’s IT service levels had improved since cutting over to Fujitsu on January 31.

The organisation planned to complete a “lift and shift” of its infrastructure and applications into Fujitsu’s data centres by the end of the financial year, before commencing a consolidation effort.

“I think there was a lack of enterprise architecture; architecture previously had been quite tactical, focused on different business units,” Levy said. “Now we’re looking at it holistically, across the whole organisation.

“It’s a completely new IT operating model that has been put in place, so [Perpetual’s internal IT team] is more focused on the strategic architecture, operational and commercial management.

“SLAs [service level agreements] have been put in place. IT now has become a service and the core team is now able to focus on moving technology forward for the organisation.”

Levy said Perpetual had recruited new skills for its “brand new”, smaller IT team that is focused on IT strategy and architecture, governance and commercial management.

She said the team had established an enterprise architecture and technology roadmap, including plans to simplify and consolidate systems under its wider Transformation 2015 program.

“We’re choosing strategic applications so that we simplify the environment before we start to build out and bring new applications into the organisation,” she said, highlighting Perpetual’s multiple customer relationship management systems as an early target.

Other aspects of Perpetual’s target state would be designed in alignment with Fujitsu, Levy said, indicating a preference for consuming IT-as-a-service in a similar way to Commonwealth Bank.

“Commonwealth Bank is very progressive in that [cloud computing] area and I’m hoping that I can move Perpetual down that path as well,” she said.

“But the first phase is really focusing on how we are transitioning to Fujitsu. The second phase is then looking at how we can best use their services. We’re looking at formulating this at the moment.”