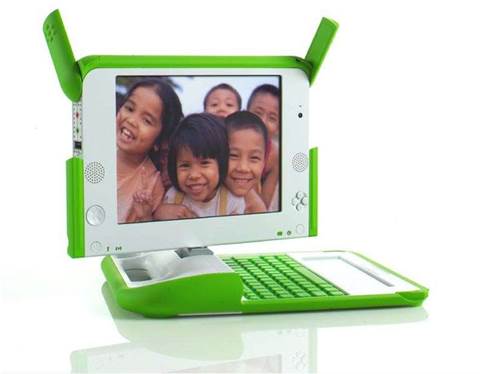 Many open source supporters see the addition of Windows XP to the One Laptop Per Child program as catering to the needs of parents and political leaders who are only accustomed to Windows, rather than the needs of the children the machines are meant for.

OLPC announced the XP partnership earlier this month, after several years of debate with Microsoft, who was hesitant to collaborate with any organisation that supported open source software.

Microsoft said the XP laptops will be piloted in “four or five countries” over the next several months and expects a full roll-out by September.

The laptops were specifically built for children in developing nations between the ages of six and twelve, with a brightly coloured small keyboard and screen with little “ears” (wireless receivers), and gaming, animation, and music capabilities.

On the heels of the XP announcement, many in the open source community are wondering if the Microsoft deal is simply a case of adults applying adult standards to a product that is so obviously made for children.

Even OLPC founder Nicholas Negroponte, who initiated the deal, attributes it to adult wishes and is quoted as saying: “The people who buy the machines are not the children who use them, but government officials in most cases and those people are much more comfortable with Windows.”

Indeed it has been reported that several prospective OLPC countries, like Egypt, have demanded the computers come equipped with a more familiar operating system, which some think goes against the whole spirit of the program.

“If you give a child a system that is designed for an office desktop worker, is that really appropriate?”

Dhanapalan thinks even the label of “laptop” may be too advanced for the product.

“I think there’s been too much emphasis on this thing as a laptop, and that makes people instantly compare this device to any standard mainstream laptops which are very much not made for the conditions that these machines will see,” he said.

“Because they’re thinking of them as laptops, they’re thinking they have to have Windows and Office and all that, and it’s inappropriate. If you see it as a learning tool, if you see it more akin to a souped up Speak and Spell, you think Fischer Price and that makes more sense.”

The addition of Windows slightly drives up the US$188 price tag, which OLPC hopes to one day sell for US$100.

With the upcoming launch of an OLPC branch in Australia, organiser Jeff Waugh believes that though some parents and politicians may prefer XP, they still have the chance to provide a quality learning experience for kids across the country.

“I imagine some in Australia may say they want XP, but my personal perspective is that XP doesn’t let OLPC do the same things that Linux does, it doesn’t provide the amazing design and ability for the community to sustainably develop,” he said.

“I don’t really think this announcement will be relevant to a lot of people other than those who aren’t comfortable with their kids using something different and see Linux as a second-class citizen to Windows.”

“Australia is in a very good position to have a cross divide approach for the rollout, we have remote areas and we have average public primary schools. The opportunity to bring the educational opportunities to all the kids in that area can create amazing social and cultural opportunities,” Waugh said.
Got a news tip for our journalists? Share it with us anonymously here.