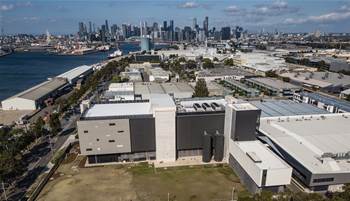 Enterprises in Sydney and other Australian metropolitan locations are opting to use Melbourne-based IT infrastructure for disaster recovery operations, thanks to the cloud infrastructure boom in the southern capital. Melbourne continues to attract strong cloud investment and is on track to become the next major cloud hub.

Secondly, Melbourne has become a natural target for a second round of investment by the big public cloud players. To capitalise on the growth, Google recently announced its Melbourne cloud region, joining Microsoft and Oracle, and AWS is looking to add a Melbourne region within the next 12 months.

Another development that will bolster Melbourne’s appeal as an IT hub is Equinix’s recently addition of its Network Edge service in the city, simplifying how customers connect to clouds. With the capability now in both Sydney and Melbourne, organisations can explore new opportunities to leverage geo-redundancy.

How organisations build their networks and connect them to the cloud continues to be a critical focus. Scott Polson, Principal Solutions Architect at Equinix, says Sydney-based organisations often face challenges in how they deploy their platforms across both metros.

“Having a service like Network Edge in both Sydney and Melbourne reduces that barrier to entry for a lot of organisations. So, where cost and accessibility of those resources might have been limiting factors in splitting infrastructure across two metros, you can now manage all of that at arm's length, in a consistent way.”

Equinix customers are already realising the value in designing their infrastructure in this way.

One Australian software company needed to enable private access to its US-based cloud environment. Without any local resources, delivering a resilient network environment was proving a challenge using traditional means. Instead, they embraced a new approach with Network Edge by deploying infrastructure across both the East and West Coast. This not only improved the user experience, but it also achieved a level of redundancy that was not previously possible.  More importantly, they never had to set foot in a data centre to do so.

One of the more practical applications of a dual-metro platform is to deliver a robust disaster recovery approach.

Whether for compliance with data regulations or business continuity, Australian organisations are looking for ways to de-risk outages in their platform.  Traditionally, this has been a hard thing to achieve. Managing multiple sets of infrastructure across metros requires expertise, as well as hands and feet on the ground to manage – an issue that multiplies as these environments grow.

“Consider a more complex network where there might be a multi-tier architecture,” says David Tairych, Solutions Architect, at Equinix.

“Even if you have solved the hardware challenges, you still have to worry about building, configuring and running that environment. The ability to do all of that using software is a significant game changer.”

For the rest of the world, doing business in Australia primarily focuses on Sydney and Melbourne. However, for access from Asia and Europe, Perth is a key hub for subsea cable landings. This was emphasised by the recent news that the Australia-Oman Cable, which will go live in the second quarter of 2022. This is strategically important to interconnecting growing digital economies across the regions.

A global platform in seconds

“Network function virtualisation (NFV) and software defined networking (SD-WAN) removes the manual effort in deploying site and simplifies the customer’s view of what it costs to own. This stuff is no longer a burden and you can do it remotely at the speed of cloud,” says Tairych.

“Geo-redundancy is important, but its value is limited if your provider can’t deliver consistent infrastructure across regions,” he continues.

“Having the capability for highly connected infrastructure that is close to clouds and networks, and the ability to deploy, configure and manage global networking infrastructure in the same way, from anywhere, is essential for global consistency of operations.”

The COVID-19 pandemic has resulted in many enterprises moving toward deploying virtual network functions like SD-WAN gateways, firewalls, virtual private networks and routers. This has been necessary to meet the rising need for fast and secure remote worker connectivity and to quickly optimise hybrid multicloud networking to accelerate enterprise digital transformation.

As we look forward to next year, we anticipate continued adoption of NFV software to enable the continued acceleration of digital transformation.

“We see virtual networking as a very attractive proposition for enterprises to deploy essential digital infrastructure at the edge. This is essential to enabling fast and dynamic access to the multiple cloud providers and deploying the technology in just a few clicks,” concludes Tairych.