Joe Hockey is eyeing off a 'Google tax' for Australia 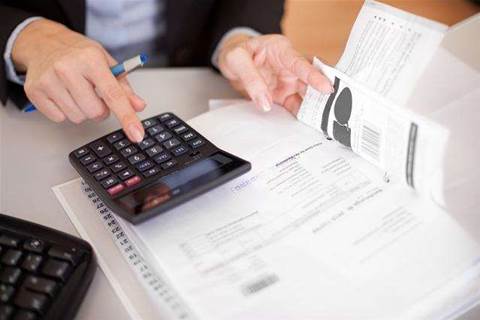 [Opinion] But will it work?

Joe Hockey has hinted he may introduce a “Google tax” as a new weapon to tackle profit shifting by multinational enterprises.

The Treasurer’s suggestion is not only political as a counter to aggressive tax avoidance by multinationals, but also suggests the Government may not have full confidence in a successful outcome of the G20/OECD work on base erosion profit shifting (BEPS).

The suggestion of a “Google tax” in Australia appears to be a coordinated action with the UK.

Last week, the UK Treasury announced the introduction of a 'Diverted Profits Tax' (commonly dubbed the Google tax). The tax will be imposed on profits artificially shifted from the UK at a rate of 25 percent from 1 April 2015. The tax is expected to generate more than £1 billion over the next five years.

Details of the Australian tax are yet to be delivered, but it’s likely to work as follows, using Apple’s tax structure as an example:

Apple has successfully sheltered US$44 billion (A$53 billion) in Ireland for four years, and that amount has never been taxed anywhere in the world. The US$44 billion represents the profits shifted from Apple’s sales in many countries, including Australia.

If Australia had a Google tax, the ATO would impose a 30 percent tax on a portion of the US$44 billion that represented the profits derived from sales in Australia.

But would it work?

The proposal, if properly designed, should be a powerful weapon for two reasons.

First, it provides the much-needed legal basis for the ATO to impose tax on profits shifted from Australia to 'taxpayer-friendly' countries such as Ireland. At present, even though the ATO is aware of the US$44 billion sitting in Ireland, the existing international tax regime does not empower the ATO to lay its hands on the profits.

Second, a 'Google tax' would be a unilateral action. Its introduction does not require international consensus and Australia does not have to wait for that to happen before taking action on profit shifting by multinationals.

The G20 and OECD have been working very hard to achieve consensus on measures to address the issues of BEPS. However, one major player may not support the project wholeheartedly.

The US has been knowingly facilitating avoidance by its multinationals of foreign income taxes through its own tax system. To make matters worse, its participation in the G20/OECD BEPS Project has been described by a prominent US tax commentator as “a polite pretence of participation with quiet undermining”.

International consensus is the ideal course of action to comprehensively resolve the issues of BEPS. However, without full support from the US, it is doubtful the project will be able to achieve meaningful measures to curb tax avoidance by multinationals.

Therefore, unilateral actions may be the pragmatic response of other countries like Australia to protect their tax bases.

Apple’s example is clear-cut. As the US$44 billion has never been taxed anywhere in the world, it will be difficult for Apple to argue it is not engaged in a tax avoidance structure.

However, what about profits shifted to a country where the tax rate is 10 percent? This is one of the technical issues policymakers will have to address.

Second, the ATO will have to find a way to determine the amount of profit shifted from Australia. Going back to the Apple example, how should the ATO estimate how much profit out of the US$44 billion booked in Ireland should be subject to the Google tax? This issue may be difficult and controversial, but should be manageable.

The third and possibly most formidable obstacle to the introduction of a Google tax is that multinationals are likely to offer significant resistance to its introduction. They can be expected to apply intense political pressure, lobbying against this proposal.

A common argument by multinationals is that unilateral action by a country will scare businesses away. This may or may not be a concern, depending on the types of businesses of multinationals.

One important factor that policymakers should remember is that the location of customers is not mobile. Apple can generate A$600 sales income only if it sells an iPad to a customer in Australia.

It is highly unlikely, and does not make any commercial sense, that Apple would give up the Australian market because it does not want to pay 30 percent tax on sales profits.

Antony Ting is a Senior Lecturer of Taxation Law at University of Sydney.

Got a news tip for our journalists? Share it with us anonymously here.
Tags:
apple ato finance google google tax tax tax avoidance