Is your payroll system ready for SuperStream? 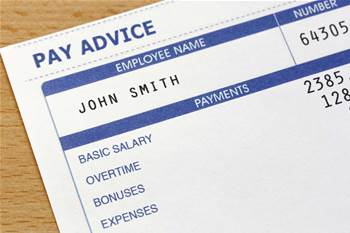 Bigger the brand, bigger the headache.

As super funds and employers embark on a year-long race to become compliant with the Tax Office's new SuperStream data standards for super payments and contributions, the focus turns to payroll systems suppliers and whether those platforms are prepared to process the payments.

The first tranche of fund managers approved by the Australian Prudential Regulation Authority (APRA) are ready to accept contributions based on the new ebMS 3.0 AS4 standard from November 3, 2014.

But how prepared are the payroll systems used by these employers and funds to process the new-standard payments?

iTnews polled several payroll vendors and found while many of those catering to the small end of town were providing a simple process for compliance - usually in the form of a free turnkey solution - the larger players were not.

We found the complexity of larger packages tended to require more careful planning and may require assistance from consultants to fine tune the backend to ensure data meets the ATO’s standards.

Payroll provider Oracle did not comment directly but pointed iTnews to a March blog post for E-Business Suite (EBS) customers, which advised that patches would be available "soon" for customers with active support contracts.

The file format would similarly be delivered "soon", and customers may be required to secure a third party to assist to convert the information.

“Please contact your super funds and clearing houses to see if they will be accepting this file format. The delivery of this is unable to be determined at this point as the ATO is still defining the file format. This may not be available in Oracle till after 1 July 2014. Oracle will continue to communicate to customers as we move forward.”

SAP Australia advised that modifications had been made to the company’s four payroll solutions to ensure the data structures and architecture were in place to store and report on the required data.

The modifications, released earlier this year, can be downloaded as a patch or will be applied automatically to cloud instances as part of systematic upgrades, SAP advised.

The company is offering the modifications free of charge to customers with both an active support contract and versions of the software later than 4.6C.

“If customers want to go down the full path by implementing SuperStream web messaging they would need to speak to partners and third parties to perform the web messaging side of the implementation,” he told iTnews.

James Scollay, general manager for MYOB’s business division, said one of the by-product advantages of SuperStream was that small business would embrace technology to replace manual processes.

“One of our early users of Pay Super told me it turned a five-hour manual job into a five minute job," he said.

"Our comparisons of the difference between using software to do the ‘heavy lifting’ and working manually to calculate and make payments have demonstrated that employers can turn hours of work into minutes, and the more employees they pay, the greater the time saved.”

Reckon, previously known as Quicken, has updated its Payroll Premier product to allow users to submit payments in keeping with the SuperStream data specifications.

It partnered with NAB to provide an additional service - with a transaction-based fee - that forms a bridge between a customer’s business and the super funds used by their employees.

The solution automates payments to regulated funds along with the funds' bank details via a catalogue, and calculates the payment as part of the pay run.

Xero managing director Chris Ridd said the reform was a good thing for small business because it encouraged a revaluation of the current processes related to payroll.

“Legislation is a great way of driving change and this is forcing business owners to consider alternate services and technologies, like cloud, and to act on technology that ultimately is going to help them improve their business and be more productive.”

Are your systems compliant with SuperStream? How did you find the process? Please share what you've learned below.