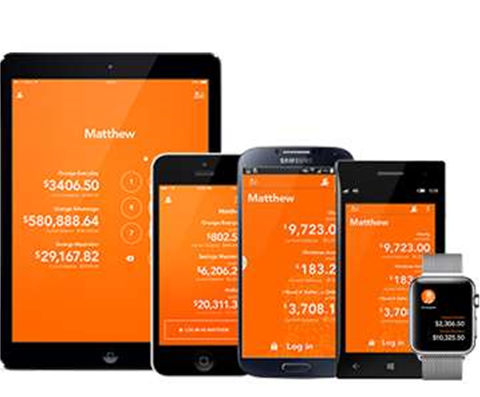 ING Direct’s global business will adopt the Google-developed web components standard for application architecture across its entire operations in a major win for the Australian developers who first implemented the approach.

Mid last year ING Direct Australia revealed it had begun to implement Google’s Polymer application toolkit in conjunction with the API Blueprint platform to make the process of building applications smoother and simpler.

Polymer is Google’s open-source application development library for web components, which are a set of standards being developed by Google engineers for the World Wide Web Consortium.

The effort is intended to more closely align apps and the web, defining a browser-based component architecture that is vendor-neutral and allows for the creation of reusable components in web applications.

Polymer offers a catalogue of modules (such as toolbars, menus and maps) which organisations can contribute to and which can be assembled to create an application.

ING Direct Australia piloted the new approach with staff towards the end of last year with its main customer website, and later expanded to limited users under the code name "Project Boomerang". It expects to fully transition to the new website in July.

To end users, the website will offer new features like a more intuitive transaction search capability, an improved onboarding process, and the ability to choose a PIN for a new credit card, as well as a new aesthetic design.

The website represented the biggest piece of work in the architectural overhaul for ING Australia.

But the local bank also has bigger things in its sights.

Project Boomerang has caught the eye of the global group, and in recent weeks ING Direct worldwide agreed to standardise its main customer websites on web components based on the work of the Australian team.

The local bank says it built the project for it to be shared amongst the group - hence the name Boomerang.

“Fundamentally what happens in organisations is somebody will design or build something that’s really cool and unique and excellent for a local market, and then they try to globalise it and find it was never built to be globalised. So it has a bunch of restriction related to local implementations - regulations, language etc.

“From the outset we said we want to design this thing in a way that it came be shared, and so it can come and go freely for the benefit of the group. So all these websites, apps, contact centres, things that interact with customers, would improve over time just by virtue of the fact that it is built for a community to contribute to over and over again across the globe.”

The end goal is a global group operating on one architectural standard and contributing to a core library of functions from which all ING’s retail banks can pick, swap and easily implement new modules or functions.

“Gone are the days of building full applications for something - it takes far too long and it’s not sustainable,” Issa said.

“They’ll build components and make them available on the web, and people will assemble applications to their needs. This allows countries to have the best of both worlds - accelerated delivery whilst maintaining their own uniqueness in market.”

However, it’s very early days yet.

Each retail bank in ING’s global operations is now working on creating a pathway to get to the mandated future state. Some of its larger banks - specifically those in the Netherlands, Belgium and Luxembourg - will have a much longer journey than smaller operations in the likes of Spain and Italy.

“Every country will need to make an assessment of how they get on board,” ING Direct Australia chief operating officer Simon Andrews said.

“This is going to take a long time. But by next year, you will see one of the [smaller] banks do a full implementation of Australia’s Project Boomerang.”

It’s not the first win for ING Direct’s Australian IT engineers, who have a recent history of implementing technology innovations that have attracted the eye of the global group.

In 2012, ING Direct debuted its virtualised “Bank-in-a-Box” test and dev platform, giving developers the ability to test changes against a replicated virtual instance of the banking platform within minutes.

That project involved the build of a private cloud using Cisco, NetApp and Microsoft technologies with the help of Dimension Data.

The success of the effort formed the basis of the bank’s massive shift two years later to the same private cloud platform for its entire computing, network and storage infrastructure under "Zero-Touch IT".

Both those projects also earned the backing of the global group - helped along by Andrew Henderson, the former lead of the local project and who was later promoted to the global head of IT infrastructure out of the Netherlands.

It means ING Direct banks worldwide now operate under the understanding that they are to deliver Bank-in-a-Box and Zero-Touch IT [pdf] when it makes business sense.

The directive isn’t as set in stone as it is with Project Boomerang, mostly because the global group is currently working to define the whole banking architecture - core banking, the middleware, databases, APIs - as a standard worldwide.

“Are they going to provide it as a private cloud within the group to a country, or is someone going to negotiate a global contract with someone for say, all of Europe to be able to go into production? They’re the pieces still being discussed,” Andrews said.

But according to the Australian engineers, Project Boomerang represents a much bigger win for the business than either of the two previous initiatives.

“Bank-in-a-Box and Zero-Touch IT are very technical stories that appeal to the group’s technologists, but Boomerang appeals to the business,” Andrews said.

“Now rather than worrying about legacy or running the bank, they can worry about the stuff that matters to the business.”