How La Trobe University re-platformed for a data-driven future 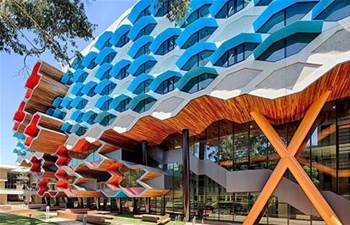 Universities are homes to vast troves of data, which describes everything from student experience to staffing engagements to overall economic performance, and more.

But universities are often divided into multiple schools, faculties, or departments - the result of which is that data can languish in disparate systems, or is stored in incompatible formats.

This was the case at Victoria’s La Trobe University, an entrenched member of the world’s top 400 universities whose 3200 staff currently service the education needs of more than 38,000 students.

According to La Trobe’s director of data and analytics Anthony Perera, the university’s management had concluded that data was a critical asset, but had found that critical information was spread across multiple incompatible systems.

Perera says numerous use cases had emerged that pointed to the need for better data capabilities, including the desire to enhance the university’s student attraction program, and to ensure it was efficient in its staff hiring programs. But each of these ambitions was being stifled by data issues.

“We wanted to get from a place of retrospective reporting to one where were we using data to become more of a predictive environment, such as for helping students who were struggling, and improving their weighted average marks,” Perera says. “But much of that data sat within people’s heads, which meant there was lots of dependency on individual people.

“We also had non-uniform data coming in from across the organisation, so often the numbers wouldn’t always line up. This meant a lot of the conversations we had were about the differences between the metrics rather than about the actual problem at hand.”

In 2020 the university’s Council had signed off on a ten-year strategy. This included a digital strategy, at the heart of which was recognition of the important role that data would play in the university’s future.

The university chose KPMG as its project partner, having been impressed by its representations regarding its work practices and its commitment to security within the project process – a critical requirement given the sensitive nature of the personal data the university holds.

“We knew that ultimately students would also have access to the same platform, so we had to protect the corporate side of things,” Perera says.

The university was also realistic in expecting that its project budget might not afford it full scope to realise those ambitions. It worked with KPMG to use the MoSCoW (Must, Should, Could, Won’t) prioritisation requirements to determine the eventual scope of the project.

“’Data as an asset’ was a big thing for us, and how we could leverage AI/ML and predictive analytics was a massive inclusion for us,” Perera says. “And KPMG was able to architect a solution that delivered those capabilities within our budget.”

More than just a project

The university was adamant that the solution should be able to solve for future requirements, as well as for the here-and-now.

This led to teams from KPMG and the university working closely to implement DevOps processes with the aim of entrenching future development capabilities – including implementation of DevSecOps practices to drive security into the heart of software development. The two organisations also adopted ‘everything as code’ as a core development principle to ensure maximum flexibility for meeting future requirements.

“Those were decisions made to support the university’s strategic vision, by preparing us for the future,” Perera says. “While we have some real use cases for ‘now’, we needed to make sure that we didn’t have to come back and ask for more money for redevelopment down the track.”

Another factor critical in the project’s development was the incorporation of stakeholders from across the university into the steering committees, including the university’s Architectural Review Board, Platform Team, Change Team, and the Project Management team.

Perera says this ensured strong input from the eventual users of the platform, who helped ensure it was fit-for-purpose, and that those users understood the future possibilities of what was being built. This also reduced turnaround times.

“Stakeholder engagement and bringing people on the journey in the governance committees was critical for us,” Perera says. “Even in the pre-business case, we met with a lot of the senior stakeholders individually, and KPMG was a part of a lot of those stakeholder conversations.”

KPMG Australia partner in data and cloud Shane Lyell, says engagement ensured stakeholders had an in-depth understanding of what could be achieved.

“We took the opportunity to showcase the art of the possible and stitch the business problems all the way through the to the data platform,” Lyell says.

“We got some good outcomes in a really short amount of time, which we wouldn’t have been able to get had we not had a team that was joined at the hip,” Perera says.

The university is now moving on to a second phase of the project, which includes implementing a master data management strategy and full data governance framework, and ongoing work to enhance the data platform and increase its functionality.

Perera attributes the university’s ability to carry out ongoing work to skills transfer. Rather than just prepping and handing over the built platform, KPMG worked closely with the university’s engineering teams and shared responsibilities with them, enabling a smooth transition at the project’s completion.

“When KPMG left, we had a fully up-to-speed bunch of data engineers that could take over and keep it going,” Perera says. “It really was a true partnering engagement, because no parts of the team were greater than any other and we got to the end point by working together.”

This commitment to upskilling occurred from the design stage through to the development and build stages of the project. This also helped maintain code integrity and data quality throughout development.

A new centre of excellence

The project has resulted in what Perera describes as a new centre of excellence in data and analytics within the university, which will be needed to ensure value continues to be delivered from data through the university’s ten-year plan.

One way the university is doing this is through the development of a new proactive AI-based chat bot interface which can analyse staff leave entitlements and encourage them to take annual leave, which has been accrued at high levels because of the COVID-19 pandemic.

“We are really excited about that, because once it is deployed it will really showcase the value of data,” Perera says.

KPMG is the sponsor of the 2022 iTnews Benchmark Awards.