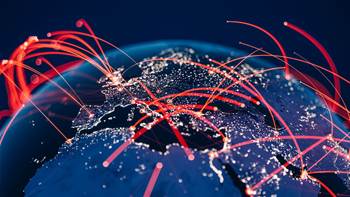 Understanding how cybercriminals operate is crucial in order to properly protect ourselves from a possible cyberattack. If we know what tactics, techniques and procedures they use – and monitor how these evolve over time – there is a better chance of staying one step ahead and successfully preventing attacks before they cause the intended damage.

In recent years we have seen considerable changes in the way cyber gangs operate and who they target. Their tactics will continue to evolve, which is why we have a dedicated investigation team who specialise in scrutinising major cyber incidents so we can learn, adapt, and better prevent and mitigate the threats facing those we protect.

Kaspersky’s Computer Incident Investigations Department examines Russian-based cybercriminals, as most of the recent major cyber incidents have been conducted by Russian-speaking groups.

That’s the benefit of our Russian roots – we can dig into cybercriminal activity from within the Eastern front and provide this intelligence to our customers all over the world. We investigate, detect and neutralise threats regardless of their origin or purpose.

Since the start of 2020, our team has looked into over 500 cyber incidents by Russian-speaking criminals and noted several changes in the way they work. Here are five notable shifts their investigations have identified:

Russian-speaking criminals are becoming increasingly smart, sophisticated and spread out. They now target nations, organisations and individuals outside of their home country meaning the attack surface has grown immensely.

Everyone is a target now. That is why it is so important to understand how cybercriminals work.

Let’s all protect ourselves to bring on a safer tomorrow. We all can – and should – stay abreast of cyber developments by using public forums like local CERTs and sites such as Securelist.

At Kaspersky, we will continue monitoring the evolution of cybercrime, sharing what we find and adapting and enhancing our defence mechanisms accordingly so we can best protect the 400 million people worldwide that use our technologies. Ultimately, this will build a more secure world for everyone.