Escape the fold: Stop being a sheep and be a dolphin 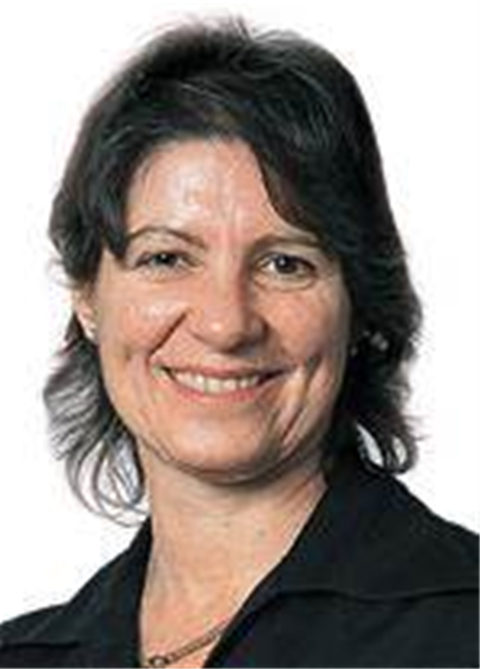 Ron Condon speaks to a woman who trains IT professionals to win friends and influence people, right up to the boardroom

In the zoo of office politics, what kind of animal do you think you are? Are you a fox, always on the look-out to win a victory over someone else? Or are you a sheep, content doing your job and not too concerned what others think? Or could you be a dolphin, someone who combines efficient working with the ability to collaborate in harmony?

IT security professionals tend to be sheep, and they despise the conniving of those foxy types. But in today's world, where they have to be able to influence decisions at board level and across the organisation, it's time to turn yourself into a dolphin.

At least that's the message from Dr Robina Chatham, the director of a management training course that has been winning fans among senior IT security professionals in recent times.

Part of the appeal is clear from the title – Organisational Politics and IT Management. It taps right into a clear need felt by many professionals who are technically able, but might lack some of the more subtle negotiating skills. Happy dealing with logic, facts and data, they often struggle to build alliances and understand the nuances of organisational dynamics.

As a result, they stay safely in their sheep fold, following orders and working to set standards, when they could, like the dolphin, actually enjoy working in collaboration with others and achieve much more.

But there are plenty of other quick-fix courses and books around that claim to help you through the office-politics jungle. And many use analogies like this. So what is so special about this particular course that has won it so many enthusiasts?

The fact that it is run at Cranfield School of Management, which has a long-established reputation for good work in management training, is one sign of its pedigree. The course has also been running for seven years now, so it must be doing something right.

Its new-found popularity with information security people is not hard to fathom. The security crowd has always had a hard time getting management to listen to their warnings, and to stump up money for new investment.

Robina Chatham is not surprised by the course's success, but genuinely wonders why others have not copied it. "We use a lot of standard instruments – such as Myers Briggs – that could be imitated, but for some reason there is still nothing else like it," she says.

Part of the reason is the experience and background she brings to the course, which she designed from the ground up, and which she teaches with "a lot of myself in it".

Her background, by any standards, is unusual. For a start, she began her working life as a fitter's mate at Vickers Shipbuilding in Barrow-in-Furness.

She was not, of course, any old fitter's mate. She went to Vickers with a degree in mechanical engineering, and qualifications in neuroscience and bio-engineering. She had also spent a summer working at that hotbed of industrial unrest, British Leyland, and had seen close-up exactly how bad management created bad working practices.

At Vickers, in the early 1980s, she had her first encounter with IT when the company introduced a CAD/CAM system, and became the company's first female manager. "That meant I could eat in the management dining room, where the waitresses were so shocked, they refused to serve me," she recalls.

She fought with the existing IT department, which wanted to put her plans for manufacturing automation in a three-year backlog, and with the help of a "maverick" boss, managed to present her case to the company board.

"I bought a suit for the occasion and did a flipchart presentation that used lots of diagrams and cartoons to get the point across easily. Despite the fact that I was only 21 at the time, they listened and gave me the go-ahead. That really set my IT career in Vickers."

With the downturn of the British shipbuilding industry, she moved on to BT and a series of financial services companies, building up her knowledge of IT and working in senior management roles. It was at this stage that she decided to halve her salary and shift into an academic career, and joined Cranfield as a lecturer.

Her first task was to find a subject to specialise in. "They give you a sort of pep talk when you arrive to see what you'd like to teach. I looked at the standard management stuff, and didn't really fancy it. Then I thought about the problems I had faced as an IT manager and it became obvious what I should cover – how to deal with the messy world of organisational politics."

She decided to look at the way decisions are made in business and show IT people how best to present their ideas to get them accepted. Through contact with specialists in social anthropology and psychology, and some training herself in psychology, she eventually formulated the course that has now run at Cranfield four times a year, with 12 to 16 students at a time, since October 1997.

The course is based on Jungian psychology and uses the Myers Briggs Type Indicator as its starting point. This involves asking questions to determine a person's psychological profile based on how they perform against four key measures: extrovert or introvert; sensing or intuitive; thinking or feeling; judging or perceiving. The various combinations of these preferences result in 16 unique personality types.

So far, so conventional. What Chatham has done with her course is to use this and other tools to get the delegates "to commit at an emotional level". She has used many of the techniques she applied back at Vickers several years before – cartoons and diagrams. She also makes heavy use of IT-based case studies that often tap straight into the students' personal experience. And she throws in a lot of her own experience to illustrate points.

Part of her challenge with IT people is to persuade them that politics is not a dirty word. "They think it's others who play politics, not them."

But, of course, everyone plays politics in some way, and part of the process is to see how your own behaviour appears to other people. "One manager, who had started off as a techie, still carried a screwdriver around in his top pocket to show he could still do it. But it sent out exactly the wrong message to management." He soon lost the screwdriver.

The aim of the course is not to turn you from an introvert to an extrovert, however. Your character type cannot be changed like that. It is more a question of getting people to understand their own character type, with its pluses and minuses; and also to recognise what kind of person you are dealing with.

She compares it with learning to speak a foreign language. You might never speak that language as well as a native, but at least you can communicate with people around you in a language they understand and will respond to.

"We deal with conflict handling. We get people to learn about their own natural styles and get them to learn to tailor their delivery according to the types they are dealing with." For example, senior management tends to work in big-picture terms, making decisions on "intuition, gut-feel and hunch", she says. So there's no point in bombarding them with technical detail at first.

Nevertheless, the emotional stuff, and getting people to apply it, is what the course is all about, and the case studies will often engender strong feelings. "One chap threatened to thump me during a role-play," she says, adding that a heart-to-heart chat later revealed the man was going through a messy divorce at the time, and found arguing with a woman too much like real life.

For others, the course is truly life-changing. On average, one student per course will decide by the end of the five days to change their job, having realised they are following the wrong path. "They see the role they have been trying to fulfil is incompatible with their character type. It is a revelation for them."

The main achievement is to take IT people and show them how to reach into the minds of senior management. In other words, how to dump the sheep's clothing, and start swimming with those dolphins.

Got a news tip for our journalists? Share it with us anonymously here.
Copyright © SC Magazine, US edition
Tags:
a and be being dolphin escape fold security sheep stop the