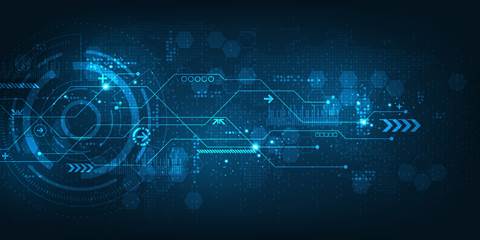 Companies are leaning on open-source software more than ever before as they adapt software development processes to keep up with accelerating digital transformation, according to Red Hat’s latest State of Enterprise Open Source report.

Fully 64 per cent of respondents to the report – for which Illuminas surveyed 1,250 IT leaders from 13 countries – said their developers are using open source components, up from 53 per cent two years earlier.

That increase was attributed in part to the need to deliver against the shortened transformation timeframes created by the COVID-19 pandemic. It was also attributed to growing recognition that existing infrastructure is inadequate for supporting modern cloud-native application development.

Asia-Pacific (APAC) companies are leading the world in deploying cloud-native container architectures, according to the Red Hat report.

Indeed, 69 per cent of APAC respondents said they are using open-source components to support IT infrastructure modernisation projects. While 56 per cent are using them to help transition to DevOps-powered application development and 51 per cent to support digital transformation.

The figures confirm that “open source has solidified itself as an innovation engine for the software industry,” Red Hat president and CEO Paul Cormier said.

He noted that “in enterprise technology and the challenges of a COVID world, the problems are too big for one person, one company, or one organisation to solve.”

“It’s in moments like this where open source truly shows its power,” Cormier added. “Collaboration, transparency and the idea that the best idea can come from anywhere are the principles that help organisations not just meet challenges, but reach new heights.”

Trust at the highest levels

Not only are enterprises tapping open source to access the fruits of others’ innovation, but they are integrating it into the fabric of their companies – relying on time-tested and widely-reviewed components that 83 per cent of respondents are using to run production systems.

Despite early concerns about the security of open-source software, a decade of industry support and customer acceptance have dramatically increased its security over the years.

Red Hat’s survey found that APAC IT leaders were the most cautious about the security of enterprise open-source software, with 42 per cent citing concerns about code security as a barrier to using it – compared with 35 per cent in the US and 32 per cent in EMEA markets.

Yet those high figures suggest that some respondents may be “conflating” enterprise open-source with publicly-supported community projects. The report notes that 87 per cent of the respondents who use enterprise open source said that it is as secure, or more secure than, proprietary software.

Furthermore, respondents said that using open-source components helped developers create higher quality (cited by 35 per cent) and more secure (30 per cent) software than they could produce on their own.

“Enterprise open source continues its march from being seen as a less expensive and good enough alternative to proprietary software to a place where it is seen as genuinely better,” said Max McLaren, regional vice president and general manager with Red Hat ANZ, in highlighting the findings.

This reflects the sentiments of the 75 per cent of respondents who said they trust enterprise open source because it undergoes “a stringent vetting process and commercial testing to ensure quality code.”

“One reason we see this emphasis on security – and risk more broadly – is that attacks only seem to get more frequent and threatening,” the report notes. “But respondents seem to place trust in the security of open source software to help handle these threats.”

Even as enterprise open-source software continues growing in importance and acceptance, many companies are doubling down on their open-source commitment as they rapidly transition towards cloud-native applications built on full-stack architectures.

APAC companies were most likely to be using open-source in cloud management tools, database applications and big-data/analytics environments. The survey found that 53 per cent of survey respondents – the highest proportion worldwide – say they are already using containers and Kubernetes in production to some degree.

A further 36 per cent of APAC respondents said they have container environments in development, while just 11 per cent sad they are still researching or evaluating the technology.

Nearly three quarters of companies expect to further increase their investment in the technology over the next 12 months. Return on investment was cited as the biggest driver for open-source adoption, now sixth on the list of priorities.

And it seems innovation has supplanted economics as the biggest perceived benefit of open source – APAC respondents expect that its use in edge computing/IoT applications and AI/machine learning will increase significantly over the next two years.

This breakneck pace of adoption and open source’s ties to innovation, the report notes, leave little doubt “that infrastructure based on containers and Kubernetes is the foundation of a new wave of application development – and is key to digital transformation”.

Read the full report here to learn about the state of open source.