Debate: Internet Explorer has many flaws. Is it time to ditch Microsoft’s web browser? 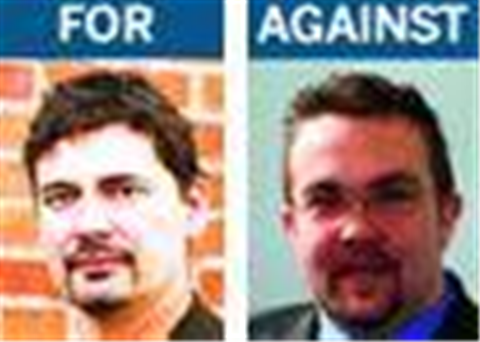 IE is targeted more than any other browser. In fact, using IE just invites the crooks in.

More shameful than Microsoft's reluctance to fix its problems is its willingness to sacrifice security in the name of access. Intertwining the browser and OS makes it easy for developers, but not all developers have good intentions. Compromise Internet Explorer and malicious hackers can seize control of the entire system.

Any company that wants to protect its data should switch. Every other browser on the market has a safer track record and responds faster when vulnerabilities are discovered. Plus, all other browsers stand alone from the OS, so firms have another buffer against cybercrime.

This debate continues to run and run, but the fact that it does shows that competition is alive and well. It all came to a head perhaps 18 months ago when some analysts looked at IE, pronounced it insecure and suggested using open source alternatives such as Firefox, which were said to offer fantastic functionality and better security. In reality, the open-source browser companies found they needed to release security patches, as became apparent when more people started to use them. Mozilla released 12 patches for the 1.0.5 version of Firefox and there are at least a few for each of the other releases too.

Moral of the story? The more it is used, the more it will be looked at.

Perhaps the best approach to securing any browser is to look at the desktop environment and pay more attention to the desktop security and patching. A personal firewall can stop most attacks in the first place, and you can make IE more secure by configuring advanced settings. If you have the time and the technical understanding, IE can be secured.

Got a news tip for our journalists? Share it with us anonymously here.
Copyright © SC Magazine, US edition
Tags:
browser debate ditch explorer flaws has internet is it many microsofts security time to web