Bringing the cloud to you 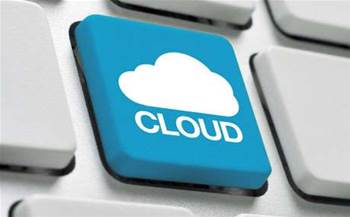 Vendors' new approach for those who won't move.

Australian enterprises that have largely resisted the allure of shipping workloads into public cloud will this year face new choices: if they still won’t come to the cloud, the cloud will come to them.

Microsoft and Oracle are leading the charge with appliances that allow customers to effectively run a piece of their respective clouds from inside the corporate data centre.

Oracle is technically already in-market with its Cloud Machine, which sits under a broader umbrella of products called 'Cloud@customer’.

However, it’s Microsoft’s Azure Stack appliances – which land mid-2017 from Dell, HPE and Lenovo – which could have the biggest impact in this emerging space.

“That will really be the closest thing where, if you can’t go to the cloud, of bringing the cloud to you.

“There’s no guarantee it’s going to work but there’s a lot of promising precedent. You’ve got a technology that is working in public cloud and Microsoft seem to have a formula for how they’ll squash that into a box and allow customers to run their own private version of Azure.”

Amazon for the moment is sticking to its guns, continuing to bank on enterprises shifting work to an external cloud, though it is also making a greater effort to get to customers entrenched in existing infrastructure ecosystems.

In mid-October, AWS joined VMware to announce ‘VMware cloud on AWS’, a way for VMware customers to shift workloads into public cloud without having to re-architect them.

While not in the same category as Microsoft and Oracle’s efforts, AWS’ alliance does point to a general recognition by cloud operators that they will need to do more to coax enterprises into their platforms, and that a hybrid – rather than pure public cloud – model may be the optimal path to do that.

What’s clear is that strategies to get enterprises into the public cloud to date have had varying degrees of success.

Gartner estimates that only 14 percent of the world’s x86 workloads today sit in the cloud. By comparison, 51 percent sit in VMware vSphere, and 17 percent remain in physical, on-premises hardware.

“We have put a stake in the ground that 14 percent of x86 business spending is now on cloud, so 84 percent isn’t,” Warrilow said.

“It’ll go to 20 percent cloud by 2020, but there’s still a hell of a long way to go with public cloud adoption. No one knows where the wall [to cloud adoption] is, frankly.

“Will it get to 50 percent? Maybe. At what point? We don’t know yet. But even with that it gets really interesting because you have a lot of the market on one side and the rest on the other, and they’re both big and juicy, and solutions need to cater to both.”

Just what kind of uptick in cloud adoption might occur as a result of Azure Stack and Cloud Machine is an open question, albeit one that isn’t keeping AWS up at night.

AWS Asia Pacific’s architecture director Glenn Gore believes it is “still day one” for enterprise migration of workloads into the cloud. In other words, business-as-usual, more or less, for Amazon.

“I’m not seeing adoption slowing down, either in net new customer growth or the depth and complexity of workloads being brought across,” Gore said.

“If anything it’s speeding up, and I fully expect things like the VMware announcement and some of our other new services and capabilities to increase momentum.”

While generally agreeing that public cloud adoption isn’t going to slow anytime soon, Microsoft Australia’s cloud and enterprise business group director Toby Bowers believes customers will gravitate more towards hybrid environments in future, such as one that contains both Azure and Azure Stack.

“We really believe that cloud is an operating model, not necessarily a destination,” Bowers said.

“It’s not all about just the migration from on-premises assets to a cloud but it’s really the model you can use in a consistent way both in the public cloud and in your own data centre. We’ve been talking about this for quite a while.”

Warrilow is one of many watching the space with interest.

“Can Microsoft pull Azure Stack off? They’ve been trying to pull [hybrid] off for a while now, but this [looks] like the purest and best approach - a cloud that is compatible between public Azure and Azure Stack,” he said.

“Cloud Machine has got less certainty at this point. It’s to be proven in your data centre, but it works in the cloud.”

Microsoft’s Bowers agreed “the proof will be in the pudding to some extent".

“It’s early days as far as Azure Stack is concerned," he said.

“We think we have a unique offering compared to other players in the market who either are still primarily born-in-the-cloud public cloud-only providers, or traditional enterprise vendors who don’t necessarily have the global hybrid cloud footprint we talk about.

“We have one foot on either side of the fence, and for us the Azure Stack brings those two worlds together nicely.”

The future of lift-and-shift

Where the world’s two big cloud players – AWS and Microsoft – differ presently is around how they expect customers to get on board with their respective clouds.

Traditionally - and particularly from an infrastructure-as-a-service (IaaS) perspective - it’s been expected that customers would lift-and-shift workloads out of their data centres and into the cloud.

Bowers sees a “slight tapering” off of this approach.

“I think most of the customers I talk to are nearing the end of that shift from a pure IaaS perspective,” he said.

“Where there’s a ton of interest is writing new applications for the cloud and leveraging platform capabilities.

“I think the acceleration to the public cloud will continue at an exponential pace, but I think we’ll see more and more applications written for the cloud and leveraging platform capabilities, rather than lifting and shifting.”

Bowers believes Microsoft – like AWS – had benefited from the lift-and-shift, but that it wouldn’t necessarily continue to power cloud adoption as it had done.

AWS, however, is banking on the lift-and-shift continuing, and even accelerating.

In pursuing the 50 percent of x86 workloads that still run in VMware, AWS is trying to make it as easy as possible for enterprises to lift-and-shift VMs into its cloud.

“For customers with large existing fleets of applications sitting in VMware environments, a lot of the time their end goal is to try and get everything into AWS,” Gore said.

“Our deal with VMware allows them to pick up their existing environments with almost no change and bring that VMware environment into the AWS platform.

“It’s not about bringing public cloud into their data centre. It’s about making it easier for them to migrate existing applications in the easiest and most seamless way possible from their data centre into the AWS environment.”

In other words, little – if any – re-architecture work will be required for those in the VMware ecosystem to take advantage of public cloud.

That could encourage many enterprises that have so far resisted public cloud owing to the work it would take to re-architect existing applications.

“Customers want to get the maximum benefit they can, as quickly as they can, with the least amount of change,” Gore said.

“There’s a lot of existing applications that have been built and are running quite well [in VMware], but [the enterprise] may want to start leveraging other new technologies in concert with that existing application. They may want to have it accessing a big data platform that they didn’t have access to before, or feed data from IoT into it.

“There’s enough change [in doing that] compared to also having to re-architect and re-platform at the same time that existing VMware environment.

“Providing that avenue for the customer to migrate the existing [workload] in so they can access the net new [functions] with the least amount of change is a powerful concept for a customer.”

UTS technical services manager Steve McEwan sees the potential of the alliance to deliver benefits to organisations with a large VMware installed base.

“We’ve put a lot of time and effort into VMware in terms of developing our environment but also training our people, so we have a lot of good skills. We want to get that return on that investment,” McEwan said.

“[The AWS-VMware alliance] means we could effectively continue to operate the way we have done.

“It’s what I’d call a safe and lower-risk way of moving into the cloud because the way we see and manage the elements of the infrastructure don’t change too much.”

In some ways, however, the AWS-VMware alliance simply buys time for VMware shops, allowing them to move to cloud while deferring the trickier work of re-architecting applications to run in a straight cloud instance - or the tricker decision about whether to continue to back VMware in the longer term.

“What it could buy is some time to retrain people,” McEwan said.

“There’s a longer term decision we need to make on VMware. [If we chose to use VMware cloud on AWS] it could give us an extra few years before we really have to re-architect systems.

“It would allow us to continue that journey towards public cloud without making too many radical changes to the applications.”

Read on for page two: practicalities of the 'new' hybrid