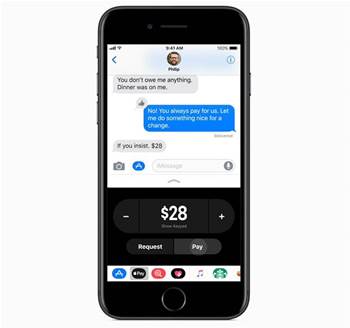 More changes than you think in upcoming mobile OS.

Apple is currently beta testing its upcoming iOS 11 operating system with developers to get feedback on the changes and improvements it plans to bake into the mobile OS.

Based on the beta version you can expect a fairly large set of changes from iOS 11, some of which won’t be noticeable immediately on first use.

Others go deeper and, for IT admins, could necessitate software and hardware upgrades.

Make no mistake, iOS 11 will usher in some major changes that you need to be prepared for.

Visually, iOS 11 is only moderately different from its predecessor, with the desktop and most apps keeping their existing look, bar the Calendar.

The typography on built-in apps like mail and the phone dialler feature larger, bold sans serif fonts than before, but most things will look familiar. 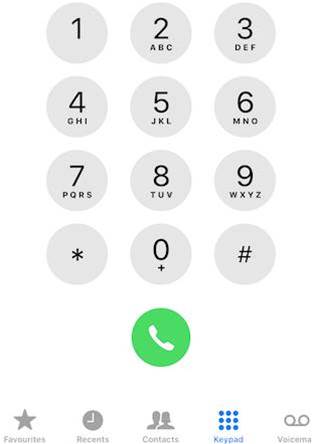 The control centre overlay, however, is now a single page that users can add and remove items from. Some more complex controls respond to the 3D touch long press, and open up to display the full interface.

This is a bigger improvement than is first apparent, as having the shortcuts you want on one single page makes you use the control centre regularly for quick access to system features. 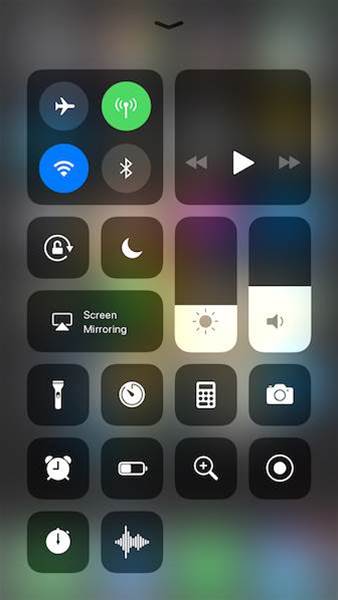 Apple also redesigned the App Store and music app interfaces with a flatter look and bold type consistent across the two. The design provides clearer differentiation of  categories of apps and content, and assists in surfacing material that previously got drowned out.

The new files app in iOS 11 is a logical addition: it provides easy access to files stored in and synchronised via iCloud storage, as well as documents local to the iDevice and other storage providers, like Dropbox.

This was a surprise built-in app, but long overdue because computing means working with files, and iOS has to, too.

Maps gets indoors cartography of spots like airports and shopping malls, and lane guidance arrows for working out which way to go while driving. It’s not clear when these features will arrive in Australia though.

A new keyboard for leftie and rightie users is available in portrait orientation in iOS 11, but sadly, it appears the large horizontal keyboard with useful arrow keys to step through text has gone for good.

Taking screenshots used to be a simple, two button press process in earlier versions of iOS. In iOS 11, there’s an intermediate step, in which the screenshot once taken hovers as a small thumbnail.

You can then open it and mark up the screenshot and save it to photos. Fingers crossed, Apple will add the full image editing set of tools to the screenshot feature, so you can crop and tweak on the same screen.

Apple tweaked the messages app in the last iteration of iOS to include stickers, emojis, and other things that you hope your aunt who is still using 90s txt spk on her iPhone won’t ever find.

New in IOS 11’s messages app is the ability to make the entire screen animated, an app drawer at the bottom of the screen, and - this will have our banks gnash teeth and wail - the ability to send and receive cash in messages thanks to Apple Pay integration.

On Apple’s to-do list for the final version of iOS 11 is business chat in messages.

Despite the name, the feature’s aimed at businesses wanting to chat with customers, and vice versa.

It's a sales tool that can be used for customer service, purchases (Apple Pay is integrated into business chat, of course), information sharing, appointments scheduling, and more. 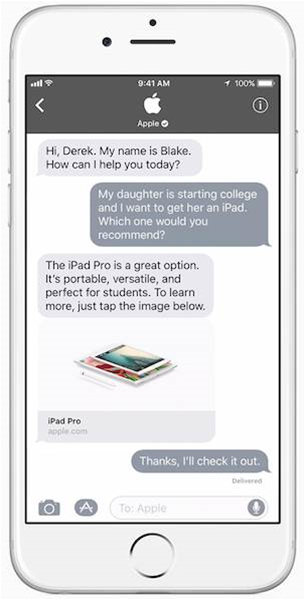 If your customer base is mainly Apple iOS users, business chat is worth another look as it’s easy to use and implement.

Also, messages in the messaging app can now be stored in iCloud.

Elsewhere, the notes app has picked up more features in iOS 11. It can now scan documents and forms, support searchable handwriting (it actually worked out my scribbles pretty well), as well as inline drawings.

Much to the chagrin of Australian banks that unsuccessfully fought to get access to the near field communications (NFC) feature in earlier versions of iOS, iOS 11 provides just that.

Known as CoreNFC, third party app developers can use it to read NFC tags - but only on iPhone 7, 7 Plus and the upcoming iPhone 8 (name not official).

Siri, Apple’s personal digital assistant has learnt a few new tricks in iOS 11, like translating from US English to Chinese, French, German, Italian and Spanish, and syncing across devices with full encryption for improved learning of what users ask of it.

The SiriKit application programming interface (API) has been expanded too, and developers can now integrate Apple’s AI with with apps for features such as bill payments, scanning QR codes, and task management.

It’s early days, and Apple’s been slow to officially jump aboard the augmented reality/virtual reality bandwagon, but that’s all there in full glory in iOS 11.

There’s a new ARKIT API for AR/VR developers to get excited about; everyone’s waiting for Apple to come out with an AR/VR helmet or similar that’s not heavy, hot to wear, and generally clumsy.

Apple’s also hooked up its quick custom graphics chips in iDevices and the efficient metal drawing and animation API with machine learning.

CoreML and Vision debut in iOS 11, and the APIs can be trained by developers to recognise shapes and objects to interact with in the real world.

iOS for iPad gets device-specific tweaks

Apple released a 10.5-inch iPad Pro at the recent WWDC 2017, fixing up some hardware shortcomings and adding a bigger screen and keyboard.

The new iPad Pro should be a good match for iOS 11, which sports a new customisable dock task switcher that’s available from every screen, and lets you open second apps for the slide over and split view multitasking feature.

Drag and drop of documents, text selections and images is a killer feature on iOS 11 on the iPad once you get used to it. 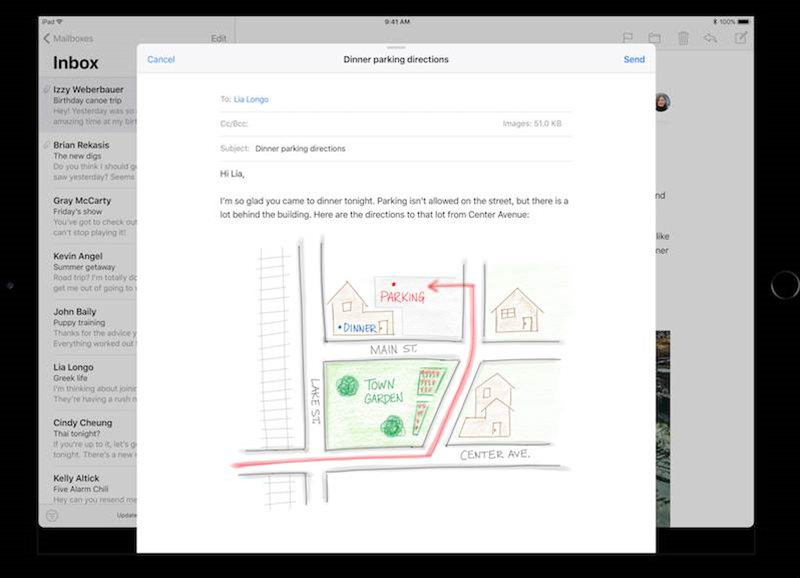 Apple also really wants you to buy a Pencil to go with your iPad Pro. If you like screen drawing (and the new iPad Pro has some improvements here like a fast 120Hz refresh rate for lower stylus latency), you might as well get one, because there are some good apps out there. Also, the passive-aggressive feeling of sending handwritten emails to your colleagues can’t be beaten.

Finally, there’s a new QuickType keyboard in the iOS 11 variant for iPads. It’s big, and lets you select alternate letters by flicking up on the keys.

Before the first developer beta was released, iOS 11 was thought to make 32-bit apps obsolete as they wouldn’t run on the new operating system.

Apple’s been signalling the change for the past two years, telling developers to update their apps to 64-bit, a transition that makes sense and which is generally painless to accomplish.

Many developers haven’t bothered to update their apps, and so far 32-bit apps will continue to run albeit with a warning that they could slow down users’ devices.

Having 32-bit apps going extinct is arguably not a great loss for users if developers don't update them regularly.

The 64-bitness of iOS 11 means older iDevices such as iPhone 5/5c and 4th-gen iPads can’t be upgraded to the new operating system, and will remain at iOS 10.3.x.

All will be revealed on the camera front when the next iPhone breaks cover and Apple shows off new imaging hardware.

So far, iOS 11 brings loops, bounces, and long exposure to cameras on iPhones 7 and 7 Plus. The long exposure combines the live photos moving pictures into a still one.

Two new efficient video and image formats with high levels of compression yet little loss of quality will appear in iOS 11: HEVC and HEIF H.265 promise to slash picture and video storage requirements by half, which is a win in anyone’s book.

The new video and image formats are tricky to test without installing the High Sierra macOS beta and you need a good screen. Quick testing shows that files are indeed much smaller than JPEGs and MP4 equivalents, with the quality just fine.

Also neat, the ability to scan QR codes from the camera app, which will open the right app for you.

Apple has promised public betas of iOS 11 for later this month, and the substantial nature of the upgrade means it’s a good idea to get to know it before it arrives to users over the air.