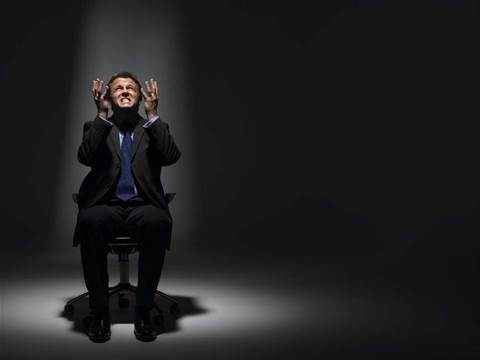 Pressure boils over in enterprise IT.

After close to half a decade of global hype matched by little action on the local front, public cloud computing services finally took off in Australia in 2013.

The launch of Australian data centres by Amazon Web Services and Rackspace - and plans by Microsoft to do the same - has given corporate Australia one less reason to resist the as-a-service model.

While the company's executives refute any extrapolation of the figures, CRN Magazine's recent revelation that Amazon Web Services (AWS) reaped $25.7m in revenues from its local business in the first two months of local operations was telling. This wouldn't, to our reckoning, necessarily include the far larger chunk of business Australian web and mobile developers was already doing with AWS' international operations before the local instance was built.

Globally AWS is expected to post $US3.8b of global revenue this fiscal year,  a massive surge on the $1.8b the year before.

Telstra, meanwhile, claims to be finally getting some traction on the big bet it made on building out a local cloud presence. The company claims cloud revenues are growing at over 30 percent - but doesn't break out how much of its 'cloud' revenue is earned via more traditional managed IT services.

Further up the stack, software-as-a-service (SaaS) - driven by popular options on offer from Google (Apps), Microsoft (Office365),  NetSuite and Salesforce.com - has become the default posture for new application rollouts as customers.

Gartner figures suggest that SaaS applications now make up 15 percent of application spending at the expense of more conventional on-premise models, and will increase steadily in coming years.

What was it about 2013 that fuelled this growth in Australia, so many years after the concept first hit the mainstream elsewhere?

CIOs point to a range of reasons - some argue that concerns over data sovereignty cast a pall over cloud’s early years. Some point to AGIMO’s formal embrace of its DCaaS multi-use list (MUL) as a starting gun for the race to the cloud by government, which remains the largest single market for IT services and a lead indicator for other industries’ own cloud efforts. Others would suggest that cloud offerings are only now mature enough to justify their considered investment.

Still others admit, but not always in public, that investment in server virtualisation hasn't made a transition to the cloud an easier sell - conversely, for some it has made it harder.

In any case, Gartner predicts global IaaS revenues alone will pass $US9 billion this year.

By 2016, cloud investment is expected to account for the bulk of new IT spend as relatively well-accepted private-cloud models become hybrid.

A recent Gartner customer survey found that 70 percent of enterprises would be pursuing a hybrid cloud strategy by 2015.

Over the past two years, the growth of public cloud services has put considerable pressure on IT services firms, many of which might have structured deals with corporate customers that included not only the heavy lifting (maintenance of older line-of-business systems) but also the type of work  through which easier margins could be generated.

Its those sorts of services - hosting and test/development, for example, that the earliest corporate adopters of the public cloud are finding far cheaper to host in an Amazon or an Azure. These are the applications that the most conservative buyers - the Commonwealth Bank, National Australia Bank and Suncorp and many others - have turned to the public cloud for first.

Buyers now have far greater choice for these easy wins.

In time, however, cloud computing will apply an equal dose of pressure to the IT shop itself.

Many CIOs are battling with ‘shadow IT’ – unmanaged cloud applications and resources that can be run up by individuals within an organisation without any involvement from the IT organisation.

They will also battle with a surfeit in cloud standards. Amazon, Microsoft, OpenStack and VMware each offer overlapping cloud solution stacks and VM portability and vendor lock-in remain problematic issues.

Given the cloud’s potential for disintermediation of IT service delivery, its adoption is forcing conventional IT organisations into a period of navel-gazing as they weigh up the changes the technology has wrought and the impact it has on their established control structures.

With deperimiterisation and loss of control already underway – dually exacerbated by the rapid shift towards Bring Your Own Device (BYOD) mobility models – the new IT organisation will not only need to reconsider its structure and role within the enterprise, but will need to figure out where and how to acquire the specialist skills needed to successfully navigate the transition.

The cloud’s time has come. Those who are not embracing it in some way, at least, will quickly find themselves behind the times.

“The last six months have really been a turning point in Australia, and there are now three choices for an enterprise IT person,” says Gartner research director Michael Warrilow. “You can keep burying your head in the sand and saying this is just hype and marketing, and previous trends with a different name – which is both true and absolutely wrong at the same time.”

“You can say that you can do it better than them" a deliver cloud-like services behind the firewall, he said. “Or you can understand that this is a fairly fundamental change in the landscape, and find ways to add value on top of that.

"Ultimately the main driver for doing things in the cloud, in any form, is for agility.”

What was your lightbulb moment for cloud computing in Australia? Comment below.