The changes ushered in during the COVID disruption happened so quickly the state government has not yet been able to focus on their sustainability according to NSW Government chief information and digital officer Greg Wells.

It's an issue he told Digital Nation that he and his team are now turning their attention towards.

"We're really thinking about what's the next thing, and how ready are we to turn it on, or to pivot or white label something that's ready to support customers whatever the next wave."

The impact of long-term organisational change on everything from decision making to application development enabled the NSW government to successfully and rapidly deploy programs in response to COVID.

"It has been years of slowly building capability from different components of government. And that's not to say all of that was ready. A lot of this was built as we evolved through this process. But data assets and architecture, common platforms, solutions in Service NSW, and modularising things like proving your identity and reusing certain things in that process. All of that to an extent was in place.

The long term modernisation of technology was just as important to the success of the Government's response to COVID, as accelerated digitalisation supported by funding such as the $2.1 billion Digital Restart Fund, he said.

"But also, I'd really stress the team and method investment, that put us in a pretty good position. And one that we're thinking about now is how do we keep that."

The shift from waterfall to agile development has been underway for a number of years and was central to success, but so is a change at the leadership level in how programs are assessed and funded, he told Digital Nation.

"It's a big mind shift and leadership change in the way we do things. I think it challenged a lot of the way you know, digital and ICT used to work, it challenged that work because you do have to prove something before you get subsequent [funding] tranches." 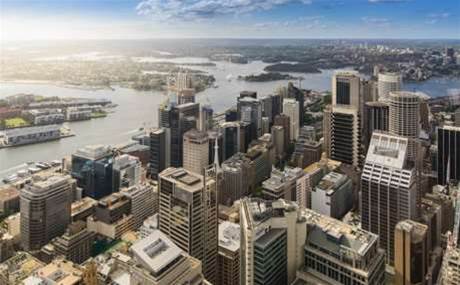 "With waterfall we would be still running requirements."Asked if traditional approaches would have stood up to the pressure of the COVID disruption, he was adamant they would not. "You've seen how quickly things have changed. Look at what we are talking about with quarantine and travel. We started a process six weeks ago, worked with South Australia to build out a home quarantine app, stood it up, started a pilot for six weeks, we're not sure what that looks like on November 1 but I'm sure we will pivot again."

"Certainly through the Restart Fund, if you don't have that in place you are not going to get funding."

Wells says the policy is not just about the money, it's also about methodology.

"What we are trying to do is match the way we fund things to the way we work. The way we like to work is we design for customers, we build product teams, we get feedback, we prototype, we scale those things up."

He compared that to the old way of working. "The way we used to fund things was you write a business case, spend 12 months, 18 months, have a guess and go for one chunk of money, and probably fail. And then and then go around the budget cycle again, that's a completely misaligned."

By contrast, he said the approach with Restart delivered agility and was more aligned to how product teams work.

"You can get an idea, get quick access to funding, prototype, seed, scale and build it up and that way at least customers are getting it in their hands sooner. With testing it's going to be more successful. It's de-risking the big things.

Analytics is a major area of investment as part of the Digital Refund Program with the Data Analytics Centre, first established in 2015 securing an additional $38 million in funding over the next four years.

Of course, building data analytics capabilities only solves half the problem — the data needs to be put into the hands of decision-makers, who also need to be empowered to act upon it. Research by MIT CISR earlier this year revealed that Australian organisations are laggards on this last point.

Wells acknowledges that decision making based on the data can often lag the capability to get the data and do the analytics but says the performance of, for instance, the Department of Customer Services suggests they are succeeding on this front.

"I think if it's not real-time it's a little bit harder to do that. Particularly at the moment, you see public health orders changing so quickly and policy changing so quickly in response, if you are talking about last week's data you have missed it."

Data also needs to be translated into simple terms to aid decision making, something he says the Department of Community Services has done well through the pandemic.

"When I hear Health and others talk about the response and some of the things that have made a difference through COVID It's this real intelligence and targeting response and that's where the Data Analytics Centre has played a really key role. Everything from targeting responses, combining data around movement, and thinking about what's happening in LGAs. So it's been a critical function or one of the critical functions in our response along with platforms and assets we have Service New South Wales."

About 10 per cent of the funding in Digital Restart is directed to cybersecurity, which is one area where the state government, like many organisations, is running into significant challenges.

The interview with Wells took place about a week before the Auditor General released a report which found that state government agencies have made "insufficient progress to improve cybersecurity safeguards” since the introduction of the government’s cybersecurity policy.

Wells said the government was getting better at resisting attackers but acknowledged that the nature of the threats was evolving and that approaches that worked in the past can no longer be assumed as appropriate for the future.

"All the different sorts of threats are evolving into each other...We really need to have patience and methodically think how you respond that that's probably the biggest difference. As well as just the increasing number of threats."

With borders closed and external talent locked out at the very moment the country is undergoing a huge increase in the velocity of digitalisation, state government like all employers finds itself hurting for staff in a very tight marketplace. Yet it lacks the flexibility of the private sector to respond on issues such as salary.

Wells acknowledges the issue but says it is not always just about money, stressing the value of purpose.

"It's a challenge everywhere, even within government there's demand and competition. We can't often pay quite as much but I would also say it's not that different."

"It's not always about money. Some of the programs that we work on change lives and protect communities, they're about our most vulnerable people. There's a real purpose to some of these things, it's really interesting work."

They're big programs if you want to work on something at scale. The New South Wales Government covers 8 million people... It's interesting work."

"There's been a perception that government is slow, the government is bureaucratic, in places that is true. But I think, particularly over the last 18 months, the interesting work, the agility, the sorts of programs we're working on a big attractor for us."

He said, there is a lot of focus on translating and developing internal roles. "We're also looking to internally build as much capability as we can."