The five big payments trends, according to the RBA 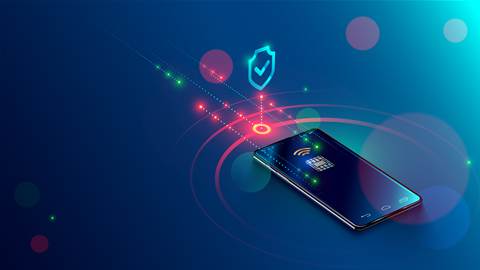 Philip Lowe, the governor of the Reserve Bank of Australia (RBA), gave a speech that outlined five ways he sees payments changing across the country.

“No longer do people talk about payments as being the plumbing of the financial system. Instead, they talk about how what is happening in the world of payments is reshaping our financial systems and how it will continue to do so into the future,” he said in the speech.

Trend one: cash use still in decline

“The shift away from using banknotes was in place before the pandemic, but has accelerated over the past two years and is likely to continue,” Lowe outlined.

Measured by looking at the total value of ATM withdrawals, the use of cash has dropped by 30 per cent over the last three years.

Further, the use of debit cards is growing over credit cards and the number of account-to-account transactions is also rising. He noted that the number of these using the New Payments Platform is rapidly increasing, adding that it is “appropriate that the industry is considering when the direct entry system might be wound down.”

Digital wallet is the catch-all name for solutions like Apple Pay and Google Pay, where a person’s payment details are held on a device or in the cloud to be used in place of physical payments.

Lowe noted that this payment method is becoming increasingly popular and “has only just started”.

“​​The final destination is not yet clear here, but it is highly likely that digital wallets will become more important,” Lowe said.

As mentioned above, big tech companies like Apple and Google are already involved in payments through digital wallets.

“The platforms used by these firms give them large networks that can be leveraged to quickly build a payments business. They are also able to combine payments data with other data from their platforms, often with cutting-edge technology,” Lowe said.

As payments are increasingly based in the digital world, the involvement of these companies is only expected to increase.

“Another trend is for smaller players to enter the market, focusing on specific elements of the payments value chain. This is bringing increased competition and making new business models possible,” Lowe said of the flip side to big tech’s role in the digital payments ecosystem.

He pointed to buy now, pay later (BNPL) as an example of where Australian fintechs are leading innovation in the space.

“Some of these companies already play a material role in facilitating payments and I expect that we will see further innovation in these areas,” he said.

Finally, Lowe said he sees people’s interest in payments to continue to “intensify” as it changes pace.

He pointed to several issues that will be hot topics including the continued availability of banknotes, keeping e-payment costs under control, problems with competition and device access as big tech’s involvement grows, and ensuring cyber security and resiliency of any digital payments systems.

“Our payments system is changing quickly. Both the regulators and the government understand this and are seeking to put in place arrangements that encourage innovation and competition and make sure we have a secure and efficient system. We have work to do here, but are moving in the right direction,” Lowe concluded.