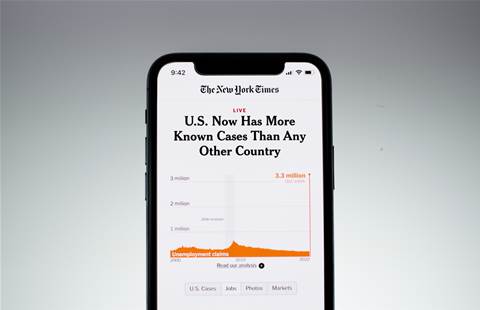 Venture capitalists invested over $1 billion in interconnected media delivery methods, or omnipresent media, in 2020 according to Bain & Co.

The figure is cited in an article Six Shifts Changing the Future of Media by Nicole Magoon, James Wright, and Andre James. They attribute this investment to the evolving nature of the media landscape and shifts in customer needs and expectations, accelerated by the COVID-19 pandemic. Consumers are relying on multiple platforms and collaboration tools, and are reported to multitask with non-traditional media more than 55 per cent of the time.

Bain & Co adds that exponential developments of technologies such as 5G will continue this disruption and force the industry to remain nimble.

“The media and entertainment industry doesn’t have a choice; it must change,” says the authors.

“Consumers have upped their baseline expectations as technology has evolved, and competitors for consumer time aren’t limited to traditional media,” they said.

The article outlines six shifts changing the future of media and recommends that those within the industry incorporate these shifts into their strategies.

Streaming viewership on phones increased by over 40 per cent in the first six months of the COVID-19 pandemic. Instant gratification, unified platforms and live commerce are all aspects listed as functions of omnipresent media delivery. Cohesion across media platforms that then begin to bleed into other sectors, such as retail, is forecasted to be a continuing trend and area of investment, Bain & Co predicts.

With customers wanting increased levels of customisation towards their niche, companies are able to leverage this want through the individual's data. While not a new shift to the industry, Bain & Co says that customised curation and personal content creation will increasingly become the baseline expectation for consumers utilising a media platform.

A global exposure to diverse content and connections has allowed consumers to reach niches and locally tailored content previously impossible. The internet is able to dissolve global borders as consumers seek international content that extends across cultures, leading to a converging of media markets.

The article references a UCLA research study that revealed inclusive representation is a crucial component to the creation of authentic content that appeals to consumers.

Nearly 80 per cent of US media consumers use social media, Bain & Co research finds.
Democratised platforms, the passion economy and living content has allowed anyone to create content and fill various outlet with user-generated media.

Living online communities through commerce, culture and video games has allowed for the incorporation of experiences once thought of as only physical. Further, in-world economies and e-sports has additionally allowed for the integration of branding opportunities delivered straight to a specific demographic.

While Bain & Co acknowledges that current software can cause a barrier to widespread consumer adoption, it believes that these issues won’t last.

They say that the Augmented Reality space will seamlessly add a layer on top of our daily lives, expanding the potential for human-machine interactions.

A comprehensive understanding of these shifts, coupled with proactive measures incorporated into business practices could reshape markets and open new opportunities, while gaining a competitive edge, Bain & Co say.