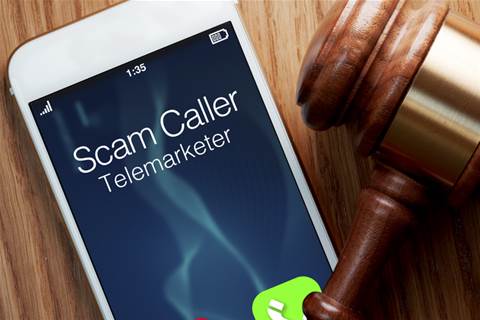 New research from Macquarie University’s Cyber Security Hub has identified the four stages of scam calls and the psychology used by scammers to exploit their victims.

According to Macquarie University, the hub has analysed more than 100 hours of scam phone calls.

These findings will help develop better ways to detect and prevent scams that account for the human element which is critical to scammers’ success, Kaafar said.

Kaafar's team transcribed more than 300 scam calls published on YouTube, most recorded by people who pretend to fall for a scam, then eventually reveal their ploy and chastise the scammer.

Selected samples were subject to sentiment analysis, and machine-learning models were used to find patterns in the calls.

The team found that scripts used by scammers contain multiple paths, which can be simplified into four different stages: introduction, assistance, threat and payment.

The scammer establishes themselves as credible and in a position of authority, then talks about a serious threat to the recipient in a matter-of-fact way – with the threat supposedly from a higher authority (for example, the legal system or tax office).

The scammer poses as a helpful instructor, using rapport-building conversations, ostensibly helping the recipient to resolve the supposed problem, giving step-by-step guidance to navigate to a website, install software or fill out online forms.

Emotions can ramp up at this stage, as the scammer reinforces threats for non-compliance, citing police, court orders, arrest warrants, jail and other negative consequences, using legal-sounding terms, talking over the victim to defer questions and introducing time pressure to prevent the victim thinking it through.

Once the scammer gets what they want – like a credit card payment or enticing the victim to download malicious software – the conversation becomes less organised, and scammers finish the call, sometimes promising to call back with confirmation.

Kaafar said most people have either been targeted themselves, or know someone who has fallen victim to scammers because it’s so common.

“I have even known a post-doctoral researcher, with years of experience in cybersecurity, who was tricked out of $8000 in a phone scam. Advances in technology allow attackers to hide their identities and use things like recorded robocalls and VOIP platforms like Skype to reduce call costs, and lower their own risk,” he said.

Despite new rules introduced by the Australian government allowing telcos to block more than 200 million scam calls during 2021, millions more scam calls still get through each week, Kaafar said.

While a range of technology fixes have been developed such as blocking known bad numbers and using pattern recognition on outgoing calls, these capture only a small portion of the vast influx of scam calls, Kaafar said.

Harder to address are the social engineering techniques that scammers use to manipulate their victims into revealing personal and account details, purchasing online vouchers or transferring funds to bank accounts controlled by the scammer, according to the researchers.

“Ours is one of the only studies to unpack the content of scam calls and the psychological tricks used by attackers in depth. Finding clear evidence of the social engineering strategies used by scammers, will help us build more effective scam detection and prevention mechanisms,” added Kaafar.