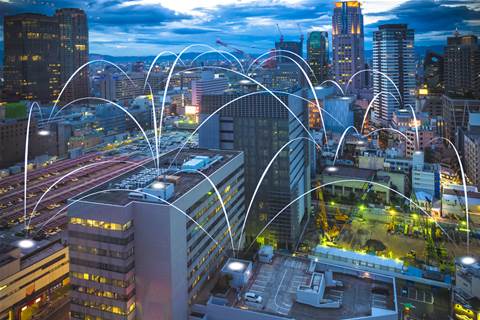 Shanghai has been named the world’s number one smart city in Juniper Research’s smart city rankings.

In the research house’s recent white paper, Smart Cities – Technologies Shaping the Urban Future, Juniper Research defines smart cities to be more than ‘digital activation’, but where value is driven across social, economic and environmental developments.

While Shanghai took the top spot, it was followed by Seoul, Barcelona, Beijing and New York.
According to Mike Bainbridge, co-author of the report Smart Cities: Key Technologies, Environmental Impact & Market Forecasts 2022-2026, “Many cities have deployed technology and data to help local authorities reduce environmental impact and energy usage.”

“The top cities in our recent ranking are finding innovative ways to leverage that technology to deliver observable benefits for their citizens as well.”

The ranking of 50 cities around the world considers a range of factors, including transport and infrastructure, energy and lighting, city management and technology, and urban connectivity.

While Shanghai is notable for its use of digital twins, what set it apart from the rest in this ranking was its Citizen Cloud, which was noted for its offering of more than 1000 services to Shanghai residents. Some of these include birth and marriage, culture and education, tourism, social security, transport, health, legal services and senior care.

“This type of development is typical of smart cities around the world like Los Angeles, Chicago, Barcelona. Governments are keen to democratise the data they hold and deliver transparency to their citizens, make them more involved in decision making and generally empower them to help themselves in their day-to-day lives,” said the white-paper’s authors.

According to a spokesperson, “Thanks to [Shanghai’s] rapid deployment of data management platforms, efficient, digitised utility management and public services have become common in many cities across Asia; allowing them to climb Juniper Research’s rankings.”

Juniper Research estimates that global spending on smart cities will double in the next five years, reaching almost $70 billion per year by 2026, up from $35 billion in 2021.

Much of this spending will be directed towards smart grid initiatives, which are expected to save over 1000 TWh of electricity in 2026, with smart cities leading to over 950 megatons of CO2 equivalent reductions.

I have read and accept the privacy policy and terms and conditions and by submitting my email address I agree to receive the Digital Nation newsletter and receive special offers on behalf of Digital Nation, nextmedia and its valued partners. We will not share your details with third parties.
© Digital Nation
Tags:
juniper researchshanghaismart cities
By Velvet-Belle Templeman
Jan 26 2022
7:00AM