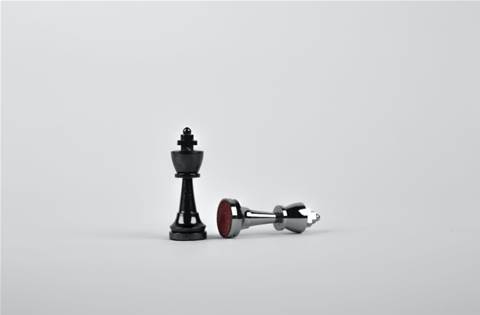 To ensure the greatest amount of success around governance, CEOs have a responsibility to tear down silos, according to John Kost, VP analyst in government research at Gartner.

Kost focuses on the public sector, more specifically governance, shared services, leadership and transformation. He spent 20 years as the first ever CIO for the US state of Michigan.

“For example, in Canberra with Service Australia, they're doing some things that other departments used to do on their own. Tearing down that silo, is why the chief executive needs to be more involved," Kost said.

“They're not sitting in the room helping with coding, they are involved in the governance and the tearing down of the silos."

CEOs also need to create a vision around different outcomes. Kost said for the best chance at success, CEOs must understand the outcomes the department or organisation needs to focus on.

Kost said chief executives will need to focus on the various components of the organisation that are involved in different aspects of the citizens life experience.

“Rallying around a vision becomes a key part of all of this. But when resistance happens to change, it's then having those broader governance conversations around ‘as we build this from the ground up, how will it look?’"

“We need to make sure we do not have inhibitors in the barriers to change, that are organisational, legislative and process oriented. The chief executive is the only one that typically will have a role in all of those fields,” he said.

Chief information officers (CIOs) are seen as the executives that tell a department head to change direction however there is not a head CIO that sits across all the departments, Kost explained and this issue has been problematic.

“Australia has struggled with that, even in the reporting relationships, CIOs have been typically cajoling and helping with infrastructure, but they are not empowered. They never had been empowered in Australia to work cross organisational barriers,” he said.

Over the years has been the emergence of chief digital officers (CDOs) appointed to try and create a structural solution when there is actually a cultural problem in either the government or private sector.

In most places when the CDO role is created in government because leaders do not believe the CIO is up for the job, Kost said.

The government leaders believe the CIO is more an infrastructure role focused on the empire of their data centre and doesn’t understand innovation, he added.

“We've seen the rise of the CDOs, to supersede and become the vision for all of this. However, in New South Wales, where the CDO is the vision person, and the CIO is the infrastructure manager and never the twain shall meet, except in rare circumstances.

“We have seen situations where in New South Wales, they've combined them under a CDO or a CIO, frankly, the title doesn't matter. It's a matter of does the individual have both vision, and ability to execute all rolled into one nice package, and that unfortunately, it's what's missing,” he said.

Kost said this is because the chief executives, historically who have seen the role of CIO as this behind the wall back office role.

“They've never hired people to do the animation thing. Now they're turning to the CDO to do it, some are working well, some not,” he added.