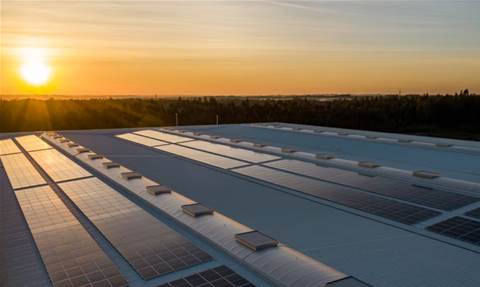 The decarbonisation of the Australian and New Zealand economies is being touted as the “the greatest economic shift of our lifetime” by NAB Chairman Philip Chronican.

During NAB’s annual general meeting, Chronican said Australia has the opportunity to keep up with the world but also become a leader in renewable resources and low-carbon technologies.

NAB CEO Ross McEwan told shareholders that climate change was an area in which all Australians needed to engage.

“We all have a part to play and we certainly recognise our role. We see significant opportunity for the bank to work with and support our customers to decarbonise while also building resilience to the worst impacts of climate change,” McEwan said.

Chronican said it would not be enough for Australia to source 100 percent of its power from renewable sources. This would only address a third of our carbon emissions, he said.

“To get to net zero, every business in every industry will have to evolve. Every household will need to make changes,” he said.

Electrifying transport, heating and cooling systems would reduce reliance on oil and gas fuels.
Deloitte analysis shows that this could reduce Australia’s emissions by up to 80 percent by 2050, once electricity generation reaches 100 percent renewable, according to Chronican.

“The remaining 20 percent of Australia’s emissions will be harder to abate,” Mr Chronican said, adding that farmers and foresters would play a role.

Chronican said, “The commercial opportunity to finance the climate transition is significant and developing and deploying low-carbon solutions will require meaningful backing.”

Partnership between business and government was critical and recognised the value of a number of state and federal government programs in place, he added.