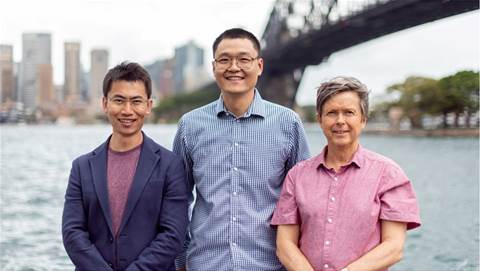 According to the company the investment is designed to expedite business and consumer comfort and adoption of voice AI assistants, as the scepticism surrounding this advanced technology continues to subside and the normalisation of the human-AI relationship grows.

Curious Thing had previously raised $1.5 million from Reinventure and Qualgro in 2019.

With co-founders Sam Zheng (CEO), Han Xu (CTO) and David Mckeague (chief strategy officer) at the helm, Curious Thing’s pre-series A will accelerate the company’s expansion in its primary verticals; financial services, health and technology companies. In addition to building out further offerings in its key industries, Curious Thing will expand its global footprint in Southeast Asia and the United States.

The latest investment comes after the company says it experienced a period of strong growth, including through its significant pivot away from HR tech into customer engagement. Since inception, Curious Thing has experienced 1340 percent year-on-year growth and has been recognised among the Top 5 Rising Stars at the Deloitte Technology Fast 50 awards for 2021. In 2021, the company processed over three million minutes of AI-human conversations through the platform.

The company has already collected a range of Australian clients including Quitline, Calvary, Brighte, Humm Group and a number of state and local governments. It has grown its core team in Australia to over 30 employees, with additional team members located in the US. With this new funding, the company will add to its world-class pool of technology talent, as well as its commercial, sales, marketing and customer success teams.

According to Zheng, “Helping businesses reimagine B2C communication is the core of Curious Thing’s mission as there is an increasing misalignment between customer expectation and what businesses are able to deliver when communicating with customers. In the past, businesses usually dealt with a static view of customer touchpoints.

“We look forward to using this funding to continuously build our unique voice AI technology as well as deepen our expertise in human-AI trust and conversational user experience - at a time when voice AI rapidly emerges from a ‘good to have to ‘strategic business tool,’” said Zheng.

John Hollingsworth, managing director of Hawkstone Asia Pacific, said: “There is certainly a lot of work to be done in the voice AI space around engaging users on the benefits of this technology as well as creating more positive and trusting human-AI relationships. We have every confidence in Curious Thing playing a leading role in the growing adoption of voice AI,” Mr Hollingsworth continued.

In a Curious Thing survey administered by Pureprofile in December 2021, the findings of 1000 Australians revealed that consumers are increasingly open to businesses using voice AI assistants in their communications, as long as there is transparency ahead of time, the AI assistant resembles a human voice and there is the option to speak to a human if required.