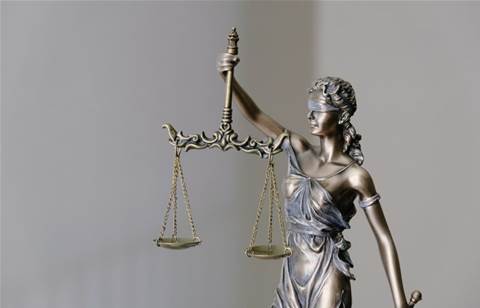 While most industries saw a huge digital acceleration during COVID, law insiders say adoption of legaltech actually slowed during the pandemic as the focus shifted to more ubiquitous productivity and collaboration tools.

Yet, even though the legal industry has been a slow adopter of digital technologies, and traditional corners of the industry fiercely resist transformation, there remains a wealth of opportunity for the sector.

For a minidocumentary on the subject, Digital Nation spoke to Hilary Goodier, partner at Ashurst and co-head of the newlaw division, Ashurst advance, Ben Allgrove, partner and chief innovation officer at Baker McKenzie, Erin Kanygin, co-founder of legal technology not for profit, Bumpd. She is also a legal transformation lawyer at Gilbert and Tobin, and Laura Keily, barrister at the Victorian Bar and founder and managing director of legal tech company Immediation.

According to Ashurst's Goodier, while COVID has spurred the adoption of digital collaboration tools and fuelled digital processes including data transfer, electronic court books and e-signatures, the real legaltech transformation has slowed down in the last two years.

“Given the focus on tools that have kept us working during a pandemic, we've probably actually seen a slight slowdown in the adoption of legal technology to genuinely transform how we provide legal services, such as AI and automation,” says Goodier.

“So even in those areas where digital is starting to have a meaningful impact, to be honest, it's still sporadic.”

Immediation’s Keily, says that while phase one of the COVID response saw the market cling to “Band-Aid solutions”, hoping the disaster would pass, we have since entered phase two where lawyers are looking for specialised tools.

“People are asking us that they need something better than just video. And so I think we're seeing a shift towards the specialised tailored solutions, which really, I guess, replicate what lawyers had always done. Lawyers have always wanted the best tool for the job or the best things available for their clients,” she says.

Corporate law is one area that is seeing the increasing adoption of digital, says Bumpd’s Kanygin. She highlights mergers and acquisitions as well as litigation as segments that are already seeing the benefits of digital.

“There's a lot of great cloud-based software where you can be managing due diligences, managing completions, doing contract review,” says Kanygin.

“When it comes to litigation, you've got so much cool e-discovery technology. And so you have a lot of people relying on the AI more and realising that they have to get away from paper-based.”

According to Goodier, the next 12 to 24 months will see the broader adoption of AI and automation, as the technology becomes more sophisticated.

“Contract review tools are now evolving such that they can provide an initial markup of a contract based on a precedential playbook. Concepts analysis, which is the core functionality of contract and document review tools, is now being supplemented with sentiment analysis, which in addition to searching for the content or meaning of a clause or document looks deeper into the sentiment of the document for emotionally charged, fearful, or really aggressive language. And these are really powerful tools in the hands of lawyers.”

The benefits of the tools extend to higher quality and consistency of outputs, risk mitigation, as well as cost savings, says Goodier.

“Lawyers are going to have no option but to leverage these tools or get left behind.”

Though some teams are open to the changes, and fighting for them to stick, there are other parts of the sector that would prefer to revert to traditional ways, she says.

Baker McKenzie’s Allgrove, echoes this sentiment, highlighting data science as an area that has faced resistance from the sector.

“Lawyers think they know better. Lawyers don't like working that way. They've always done it this way. And part of that is cultural. At the end of the day, everything's cultural. Lawyers are trained in an expert industry to believe that they’re the smartest person in the room and that is antithetical to some of the industry trends we're seeing.”

But while this “natural lawyer’s cynicism” may be holding the sector back, Allgrove highlights the benefits of some lawyers’ mistrust in data.

“I think the worst thing a law firm could do is come to a world where you don't challenge the data and trust it implicitly. And I think that's where you get the true value of that sort of expert mindset of saying “that doesn't make sense”, and the ones who can really leverage the power of data science.”

For lawyers to keep up with changes and remain relevant, they will need to drive their digital transformation journey forward, or risk losing clients, says Keily.

“Over the past two years, I think even the most conservative or old-fashioned judges, have moved and I think have actually surprised themselves as to how much they've enjoyed the transition, particularly given the flexibility that it's given them to work from wherever they are,” she says.

Another critical issue that big legal firms are grappling with is the rise of corporate in-house teams, which are massively scaling, and becoming the biggest competitors to traditional firms.

“If I sit down and say, who are my competitors? Most of them are my biggest and best clients. I love them dearly, but every person they hire to build out their thousand-person legal team looks a heck of a lot like a law firm that can do what I previously used to sell,” says Allgrove.

But these in-house teams are struggling with the same issues facing traditional firms when it comes to scaling as there is no all-encompassing legal platform that can replicate the capability of the legal firm as yet, as the industry was not designed for standardisation.

“Companies need to accept that they're not that special. And that's a controversial thing to say because we sell a white-glove service. 'You're all special. Everything's bespoke.' That makes the standardisation and process driving to build those platforms impossible.”

As the legal sector continues to adapt in both its digital fitness and its business model, Allgrove cautions that the real winners will use digital to enhance their unique offering.

“I think the question of who wins, who thrives in the new economy really is who are the ones, what are the organisations that can take the best of the expert culture, keep that, and build an underlying layer that enhances that rather than tries to replace it. Because if you try and replace, you lose the talent that gives you something unique to sell.”