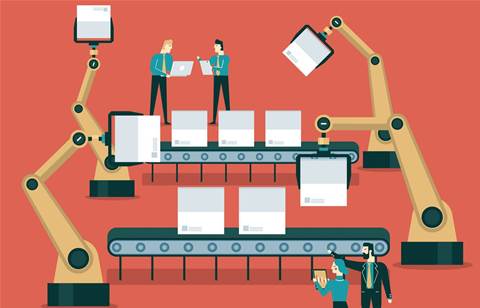 The complex interplay between automation and a range of other forces will dictate the pattern of rising and falling occupations in coming years according to a report from Bain called  The Working Future: More Human, Not Less.

The authors write, “The days of menial jobs that leave us feeling less like humans and more like placeholders for machines may soon be behind us.”

The constant evolution of technology and interplay between automation and other forces will dictate which jobs will require automation and which will require people. For example, with the ageing of the population, more people will be required in the healthcare sector. while the pivot to ecommerce will see the increase in automation.

One of the big challenges ahead for organisations, according to the report will be determining how to transition workers from declining occupations to jobs of the future.

Fortunately, the list of jobs that displaced workers in lower-skill occupations can be reskilled for, when given the right training and support, is nearly endless, according to Bain.

The authors write, “The Internet has changed the economics of knowledge, giving workers in many occupations access to the information they need to do their jobs with the click of a button.”

In this environment, a worker’s underlying capacity for problem-solving, creativity, and interpersonal connection has a much greater effect on performance. Business leaders can help solve those capabilities in three ways, according to the authors.

Firstly, organisations should consider problem-solving. Scientists believe the brain is like a muscle where its performance can be enhanced throughout our lives and our intelligence does not decrease as we get older.

Secondly, organisations should be creative. Evidence shows that the everyday creativity required for success in jobs of the future can be taught by introducing workers to the right techniques, according to the report.

In recent decades, the relentless focus on efficiency has been conveyed to many workers—particularly those beyond knowledge occupations— that hard work and compliance, not creativity, are the paths to success.

Bain asked workers what they felt their company wanted from them in their role, only 17 per cent of US workers in manual, service, or administrative jobs ranked creativity in the top three, compared with 35 per cent of workers in knowledge jobs.

However, in developing markets, 52 per cent of workers across occupations ranked creativity highly, compared with an average of 30 per cent across Western markets.

“The rapid pace of growth and demands for continuous adaptation in the emerging world have often fostered a culture of innovation at all levels of the firm. The focus on stable earnings growth in advanced economies typically has not,” the authors wrote.

Research shows a negative correlation between agreeableness and income level, which could show in recent decades those who adopted a more aggressive approach to interpersonal interactions have achieved more professional success.

While this might be the case, introspection and empathy will be increasingly critical for the jobs of the future, according to the report.

“Today’s low-skill workers will have significant value to bring to the table in this respect. There is also ample evidence that interpersonal skills can be actively cultivated, particularly through behavioural modelling,” the report’s authors add.