Airtasker volume grows 70 per cent since easing of restrictions 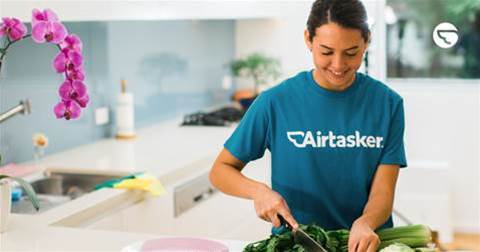 In its first AGM since listing on the ASX, the company announced that while it initially saw a drop in activity as a result of lockdowns in key Australian markets, it has since bounced back with its GMV up 70 per cent since the start of lockdowns, with an FY21 GMV of $153 million.

In a virtual AGM that commenced at 11am this morning, chair James Spenceley told shareholders in his address, “While in those early COVID lockdown days there was a material impact on the volume and revenue of the business, we were soon pleased with the recovery and resiliency of the Airtasker marketplace.”

“We saw jobs evolve, people in our community adapt, and the marketplace never saw anywhere near the impact we had conservatively planned for in those early, pre-lockdown days of 2020.”

Spenceley said that the depth, quality and scalability of the Airtasker business model has improved, which led to the business listing in March of this year.

The business outperformed its prospectus forecasts as well as its upgraded guidance during the last 6 months, he said.

“Airtasker has performed in the most recent lockdown even better than previously and the recent bounce back has been even more pronounced that before. That performance has allowed us the confidence over the last 6 months to take the time to set ourselves up for the future and to be focused on the mid to long term execution.”

Labour shortages in Australia, as a results of border closures and the loss of 600,000 temporary visa holdersresulted in an increase in average task value, says Spenceley, which he expects to continue as Australians grow to trust the brand with managing higher value tasks.

“That trust that comes from a positive first time customer experience is an important factor for growth and one we are highly focused on continuing to improve to drive customer engagement and revenue.

According to Spenceley, the business’ focus has been on future growth opportunities and new product development, with Airtasker requiring little resources to manage day-to-day operations.

Airtasker has surpassed 1 million unique paying customers since its inception and delivers gross margins of more than 93 per cent.

According to CEO Tim Fung, Airtasker’s three core pillars of its long term growth strategy include, marketing, having hired its first CMO Noelle Kim, a super store initiative to develop new market place models, and continued international expansion in the US and the UK.

I have read and accept the privacy policy and terms and conditions and by submitting my email address I agree to receive the Digital Nation newsletter and receive special offers on behalf of Digital Nation, nextmedia and its valued partners. We will not share your details with third parties.
© Digital Nation
Tags:
agmairtasker
By Velvet-Belle Templeman
Nov 24 2021
3:43PM