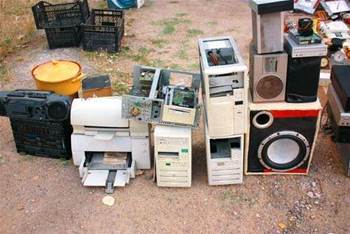 [Blog post] We would have been happy with 'cloud is OK'.

‘Cloud first’ could well be one of the most illusory white elephants to ever enter the public policy vernacular.

But that has not stopped the Coalition Government from jumping on the bandwagon with zeal.

Yesterday, not one but three high-ranking ministers clamoured to squeeze their names onto a media release announcing the Government’s ‘new’ cloud stance.

Rather than a radical departure from the ways of their predecessors, however, the 14 page document beholds a Yes-Ministerial style re-arrangement of words that gets agencies back exactly where they started in terms of cloud adoption.

The Coalition’s cloud first mantra essentially boils down to an ultimatum on agencies to select cloud solutions for all new IT purchases if – and oh, what an "if" it is – they are fit for purpose; adequately manage security risks; and represent best value for money.

With these sorts of caveats Canberra could install a purple-dinosaur-first policy and end up with more or less the same results.

And despite its complaints of public sector cloud sluggishness, the effect of the new policy doesn’t stray far from the old policy:

Sound familiar? Finance Minister Cormann rejected the comparison when iTnews put it to his office.

Is this a selective reading of the Labor cloud stance? You can compare the two and make up your own mind.

In fairness to the Minister, Cormann also pointed to the other steps underway to bolster cloud uptake, including dumping the dual-ministerial sign-off which effectively much blacklisted public cloud solutions in Canberra, and the development of a whole-of-government cloud panel.

But have our lawmakers been blinkered by off-premise IT?

Lead analyst at Tech Research Asia, Trevor Clarke, thinks the policy is “not as nuanced as it could be”.

He said the complaint that only $4.7 million has been recorded in the contracts database as being spent on cloud since 2010 misses the point when it comes to judicious IT spending.

“There does seem to be a belief at some levels that cloud is a solution for many problems," he said. "I don’t know that there is enough appreciation of the sheer scale of the varying demands and workloads the federal government and its agencies face.

“We really need to look at this workload by workload,” he said. “For some large agencies cloud solutions aren’t necessarily going to save them money”.

“Its not going to happen overnight,” was his parting advice. The Queensland Government, with its own cloud-first policy in tow, is learning this quickly.

Dividends from use of cloud services don’t land in coffers as quickly as budgets and election cycles roll around.

So for Canberra’s IT execs, cloud savings aren’t going to help them with the demand for savings they are facing this week, this month and this year.

As lawmakers slash agency budgets with one hand and demand modernisation with the other, financial pressures are more likely to result in CIOs sweating on-premise systems for just a little bit longer rather than finding the upfront funds needed for a cloud migration project.