Too many unanswered questions in NBN leak investigation 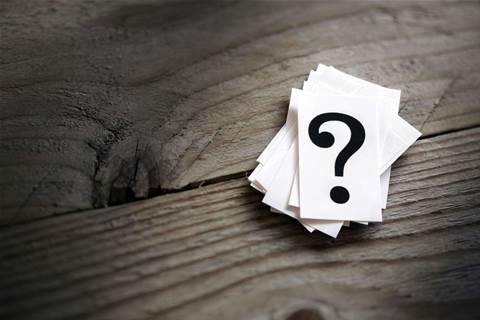 Something smells off about last week's police raids and the AFP investigation into leaked NBN documents.

The word "unprecedented" has been thrown about by the Labor Party - and they're right, never has the AFP raided the offices of a political party during an election campaign in this country - but there's other important issues at play.

NBN Co has every right to try to plug its leaks.

But the blunt-force approach of bringing in the Australian Federal Police has served only to make the situation politically charged, while inconsistent and sparse responses from the government raise a whole lot of questions about who knew what, and when.

The NBN expert that needed help identifying documents. The Communications Minister that kept the investigation a secret from his cabinet colleagues. The timing of the raids during an election campaign. The suspension of the alleged culprits from information gleaned separately to the raids.

There are too many unanswered questions.

Let's go back to the beginning. Here's how (as far as we know) it stands thus far:

There's a bit to unpack here.

1. The obvious first question is: why did the AFP agree to investigate something that seems to fall more into the category of an HR problem than a criminal issue?

The force can claim jurisdiction here because the documents are Commonwealth property given NBN Co's status as a government business enterprise.

But the documents that were leaked didn't contain confidential commercial information on contracts or the location of NBN's points of interconnect, or anything that could be considered a national security threat.

The likely cost of the remediation of Telstra's copper network, potential plans to upgrade Optus' dodgy HFC cable, rising costs and FTTN delays - these details paint an unflattering portrait of the network, but they're hardly threatening to the nation.

NBN Co claims the leaks fall under theft of intellectual property, and that the theft was serious enough to warrant the police's involvement after the network builder was unable to pinpoint the guilty parties.

But to many, this situation could equally be described as whistleblowing.

NBN would argue these are commercially sensitive documents, but that depends on whether you think you have a right to know how $50 billion of taxpayer money is being spent.

Seems murky waters for the AFP to dive into.

We won't find out if the law considers these leaks to be IP theft until - and if - the suspended pair of NBN staffers are charged with a crime.

It's been six months since NBN Co first referred the matter to the AFP.

The pair of staffers were stood down on Thursday while the raids were underway. None of the information uncovered in the raids was used to identify the culprits, NBN says.

The AFP got enough from its interviews - which were conducted on the same day as the raids - for the alleged culprits to be pinpointed.

So why did the AFP not interview the NBN staffers before conducting the raids? Why time these critical first interviews with the searches?

Clearly the interviews alone were enough to identify those claimed to be at fault, negating any need to comb through Labor premises.

If we are to believe that the AFP had 'no political influence' in its decision to conduct the raids, the timing seems like an extraordinary oversight given the political storm that would undoubtedly ensue.

The AFP asked a member of NBN Co's staff - its head of security investigations, no less - to accompany officers on the raids to help it identify documents of relevance to the investigation.

This NBN staffer saw fit to take 32 photographs of the documents seized from Senator Conroy's office and the home of Clare staffer Andy Byrne and send them back to NBN HQ for verification.

One thing stands out immediately - why did an NBN staffer who was deemed to be enough of an expert to help the AFP identify documents need to send photos back to NBN HQ for assistance?

Given the AFP had the answers it needed from the NBN staff interviews, does the answer to the question of why the raids were necessary lie in the documents that were sent back to NBN HQ?

Mitch Fifield was forced to detail his involvement in the saga on Saturday after Labor ministers questioned whether Turnbull or any of his ministers knew of the investigation and impending raids.

Fifield said he was made aware by NBN Co that the matter had been referred to the AFP last year, but claimed not to have told the PM or any of his cabinet colleagues - including fellow NBN shareholder minister Matthias Cormann.

His statement came in direct contrast to AFP commissioner Andrew Colvin who had said on Friday that no-one in the minister's office had been aware of the investigation before the raids.

Putting aside Colvin's comments, the minister at that stage had been in the job for only three months. He was installed by Turnbull, the former Communications Minister, when Turnbull rose to power, with little experience in the communications field.

It seems extraordinary that Fifield would have the confidence to handle the matter himself without consulting either Cormann or Turnbull.

The unanswered questions and uncertainties in this whole debacle lead to the assumption that this is less about law enforcement and more about protecting the reputation of the NBN.

Let's not beat around the bush: these leaks have been highly damaging, especially to a Prime Minister who considers himself tech-savvy and has built his founding policy platform on technological innovation.

But we're not dealing with Edward Snowden-level leaks here, these staff members haven't outed critical national security issues that could affect people's lives.
We're talking about a couple of documents that paint an embarrassing picture of a project that has been handballed between the political parties and which has become somewhat of a Frankenstein's monster as a result.
Maybe the AFP's decision to time the raid of the Labor Party offices was purely coincidental. Maybe Fifield didn't see fit to tell anyone about the investigation.
But maybe isn't good enough when we're dealing with upwards of $50 billion of taxpayer money. Until the government comes clean on who knew what and when, it can expect to be met with a highly disbelieving public.
Got a news tip for our journalists? Share it with us anonymously here.