The Government's push towards a silent state 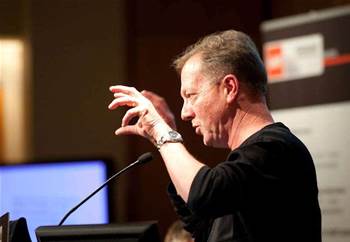 The case of an Immigration staffer who used Twitter to criticise the agency and the Government’s subsequent attempts to distract people from what it truly reveals were on display this week at an IPAA social media forum where I was one of several speakers.

They were evidenced by Australian Government CTO John Sheridan’s reference to public service workers “bagging” agencies and making defamatory comments about their workplace, behaviour which he says does not fit with the Australian Public Service Commission’s guidance for the online conduct of agency staff.

The APSC dodges and weaves on these issues in order to give itself a blank cheque to censor information and discussion by taking action against individuals.

As I pointed out during my presentation, the Public Service Commission wants us to believe that any comments or discussion will bring the public service crashing down. This is complete nonsense.

The Public Service Commission repeatedly conflates government and public service. This is simply a mechanism that allows the public service to assert that any comment, any tweet they simply don't like, is an attack on the elected government.

This is illogical to say the least.

What the Public Service Commission and APS agencies have put in place is a censorship regime to silence legitimate conversation in the public sphere. In addition, people like former Immigration employee Michaela Banerji are being made an example of to create a climate of fear, uncertainty and doubt throughout the public service.

And it goes further. Silencing public servants who have intimate knowledge of what goes on is a sure fire way of keeping the community in the dark. That is far from healthy for the community and our democracy.

What the position of the Public Service Commission and APS agencies points to is an unbalanced public service – one where serving the government comes at the expense of serving the public.

The current stance on social media is vague to the point that it is simply a series of trip wires designed to stifle all discussion.

From the comments made to me since the IPAA seminar it is clear that I am far from alone in these views and concerns. It is also clear that public servants are, quite understandably, afraid to voice their concerns publicly.

What we are seeing here is an attempt to mask unbridled censorship using the notion of impartiality. What we are actually seeing are a string of actions and policies that signal the emergence of the silent state ... spearheaded by the Australian Public Service.

We now have a situation that severely compromises the independence of the Australian Public Service and, moreover, the capacity of public servants to be truly impartial. With that, the very notion of serving the public is severely undermined.

Read more from this blog: The Silent State