NSW Businesslink: Why we aborted Office 365 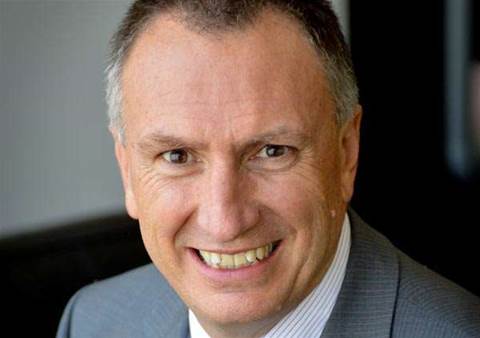 NSW shared service provider Businesslink’s journey to Microsoft 365 was supposed to be a guide for public sector peers to follow.

And in many senses it has become just that - even if the lessons it has come away with many months later, valuable as they are, probably aren’t what it had in mind when it agreed to become one of the state’s ‘cloud pilots’.

Earlier this year the agency, which delivers fee-for-service corporate support to the state’s social welfare agencies, cancelled its migration to the cloud email platform because it simply could not justify the up-front infrastructure investment required to get it off the ground.

Businesslink was forced to acknowledge that its diverse and geographically distributed client base simply didn’t have the network infrastructure to run Microsoft's cloud suite at current mailing volumes.

While plans are underway to dramatically roll-back the volume of emails that Businesslink and its client’s staff store, under current policy mailbox sizes remain uncapped.

The agency could be dealing with 55 terabytes worth of messages running on its struggling Exchange 2003 server at any one time, “pushing it right beyond its capacity” according Olley, who acknowledged that staff are using email as a “de facto document management system”.

“The analysis we did with the vendor at the time of the 365 solution found that, given the volume of mail and the size of documents our users send and receive, the performance on the desktop was likely to be problematic for some staff unless we put some infrastructure in behind the firewall to cache that mail,” he explained.

The decision to cancel the migration should not be taken as a criticism of 365, Olley stressed.

“I think it will work in a lot of organisations.”

In different circumstances, Businesslink may have gone ahead with a remediation program and buy the network infrastructure that would make the solution work - hoping that eventually it would generate a return on investment.

But certainty about the future is a luxury that Olley and his staff are finding in short supply at the moment.

Businesslink is currently in the cross hairs of a high-profile review into whether the Family and Community Services (FACS) agencies should continue to be a customer of its services.

Even if it continues to operate, the next few years will still involve massive upheavals to the way community services are delivered to the state thanks to the NDIS reforms, the shape of which have yet to be finalised in NSW.

Olley expects revenue from its fee-for-service model (Businesslink is self-funded) to remain steady or to decline in the coming years.

In this context, he said, the decision boiled down to Businesslink’s commitment to its client agencies - who are feeling the brunt of state-wide budget caps too - to keep its prices competitive and steady in real terms irrespective of CPI increases.

In the current climate, asking these agencies to put their hands in their pockets for new network infrastructure was not an option, Olley explained, so Businesslink was forced back to the drawing board.

“Rather than us putting in infrastructure for caching we went back to the tender list we generated through our original approach to market and assessed the next players down the rankings and the solutions they were offering. We have picked one of those to move forward with,” he said.

The alternative that Olley and his team picked was a fully outsourced Exchange 2013 solution provided by Fujitsu and hosted within Fujitsu's vendor’s Sydney data centre.

Businesslink, which already uses the Fujitsu facility as its primary data centre, will pay for the solution on a per-user basis.

“It will effectively be a SaaS in a private cloud solution that is coming into us.”

While they forced the agency to turn its back on Microsoft 365, tumultuous times have otherwise pushed Businesslink further towards cloud IT solutions and pay-per-user supply models.

“Our cloud solutions have helped us to get through budget tightening,” Olley said.

“The more of that we have migrated to cloud the more we can switch that cost base off rather than having a whole pile of assets to write off or depreciate.”

“The NDIS is a driver towards looking at cloud solutions because the nature of services in FACS will change over time...As the client demand for client services changes our cost base for that  must come down too.”

Stay tuned for more case studies over the coming week or register for our final report...